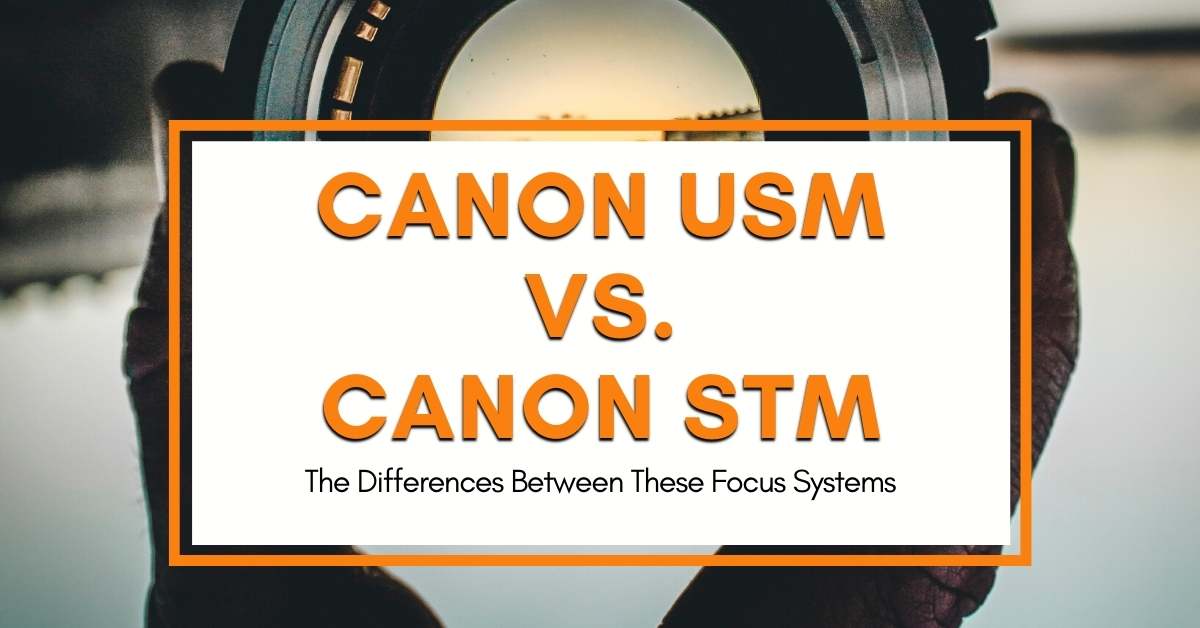 The difference between Ultrasonic Motors (USM) and Stepping Motors (STM) has to do with what you are using them for. While they may share some things in common, like having an autofocus motor, they use different autofocus systems.

Canon was the first company to ever introduce a focusing motor right inside the lens, which has become a standard now.

In a nutshell, Canon has developed three types of motors for their lenses: STM, USM, and a more traditional DC motor.

What Does Canon USM Mean? 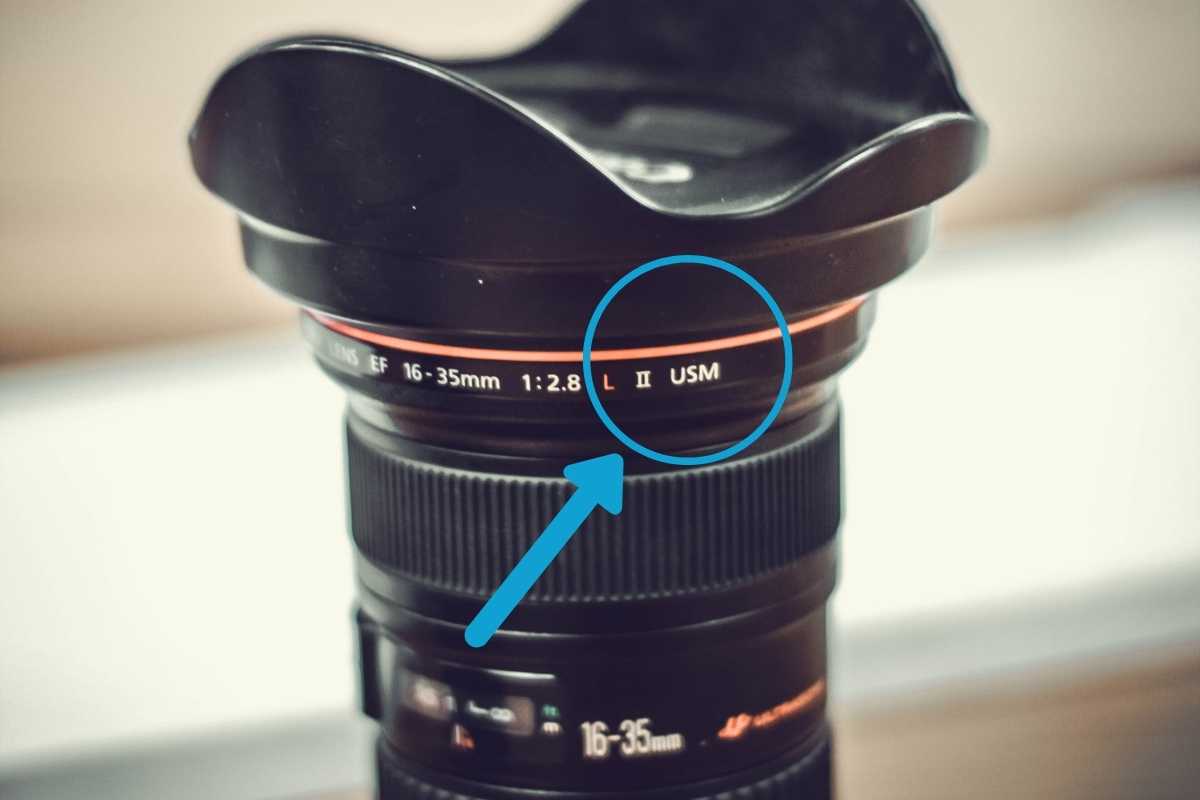 The word “USM” on Canon Lenses refers to the autofocus motor system the lens uses. USM stands for Ultrasonic Motor and it operates by using ultrasonic vibrations that are converted into a rotational movement to turn the focus ring. USM lenses have faster autofocusing than STM lenses but are slightly noisier.

The letters USM stand for Ultra Sonic Motor. Most Canon lenses have this type of motor, and that’s because USM lenses have been considered the professional standard in photography. They are a massive improvement from the DC motors, not to mention they are quieter and quicker.

A USM lens focuses more quickly than a regular lens, and jumping from a focus point to another is a piece of cake. With these lenses, you can switch from autofocus to manual focus in an instant.

But that barely scratches the surface. There are three types of USM lenses that you should know about: Ring USM, Mirco USM, and, last but not least, Nano USM.

The first one used to be the most popular choice, but Nano USM has caught the attention of most professional photographers in the last couple of years.

A Ring Type USM is a system that is composed of two rings. One of them is connected to the focusing system/ AF group and the other to the barrel. One of them vibrates at ultrasonic frequencies, making the other move in a rotational manner. A Ring USM has full-time manual focusing (FTM), allowing you to switch from auto to manual focusing easily.

Micro USM has a similar sonic vibration motor that is not directly coupled to the focusing system. It’s comprised of gears, similar to DC motors, which means that it’s also noisier. With a gear-like design, these motors were meant to offer an effective focusing system without being limited by lens barrel size. Micro USM lenses don’t have full-time manual focusing.

Canon changed the name of the game when they created the Nano USM. It has a new type of mechanism that combines the speed of a Ring USM with the silent focus of a lead-screw type STM lens. The motor is similar to that of the Ring USM, but the movement is more linear than rotational. However, like the STM motor, it requires focus-by-wire (the manual focus ring is not connected to the lens focus system). The result is good image quality when photographing, fast AF response, and smooth focusing while filming video.

The main advantage of using a Canon USM (UltraSonic Motor) Lens is that it offers faster focusing than the Canon STM autofocus system. This improved autofocus speed makes Canon USM lenses ideal for photographers, allowing them to quickly shift focus between subjects.

The main advantage of a Ring USM lens is that the focus is as quick as a wink; Nailing the focus is no issue for this lens, making it ideal for all kinds of photographers, even those who like to shoot a lot of action. The drawback is that it can be pretty noisy. And a loud lens is a videographer’s worst nightmare. But in comparison with a DC motor, a ring USM lens is much quieter.

Compared to Micro USMs, it allows you to switch off autofocus when changing to manual focus, and it has full-time manual focus (FTM).

Micro USM lenses have the advantage of being pretty lightweight compared to other USM lenses. Not to mention they are cheaper.

On the other side, the Canon Nano USM is the best deal you can get. Canon created this system with both photographers and videographers in mind. When it comes to noise, it reaches the level of an STM lens; it’s even as quick as a Ring USM. So, the best of both worlds. Smoothness and speed ensure that this bold lens is the whole package. Now that’s quite impressive. And they say that the perfect lens doesn’t exist.

What Does Canon STM Mean? 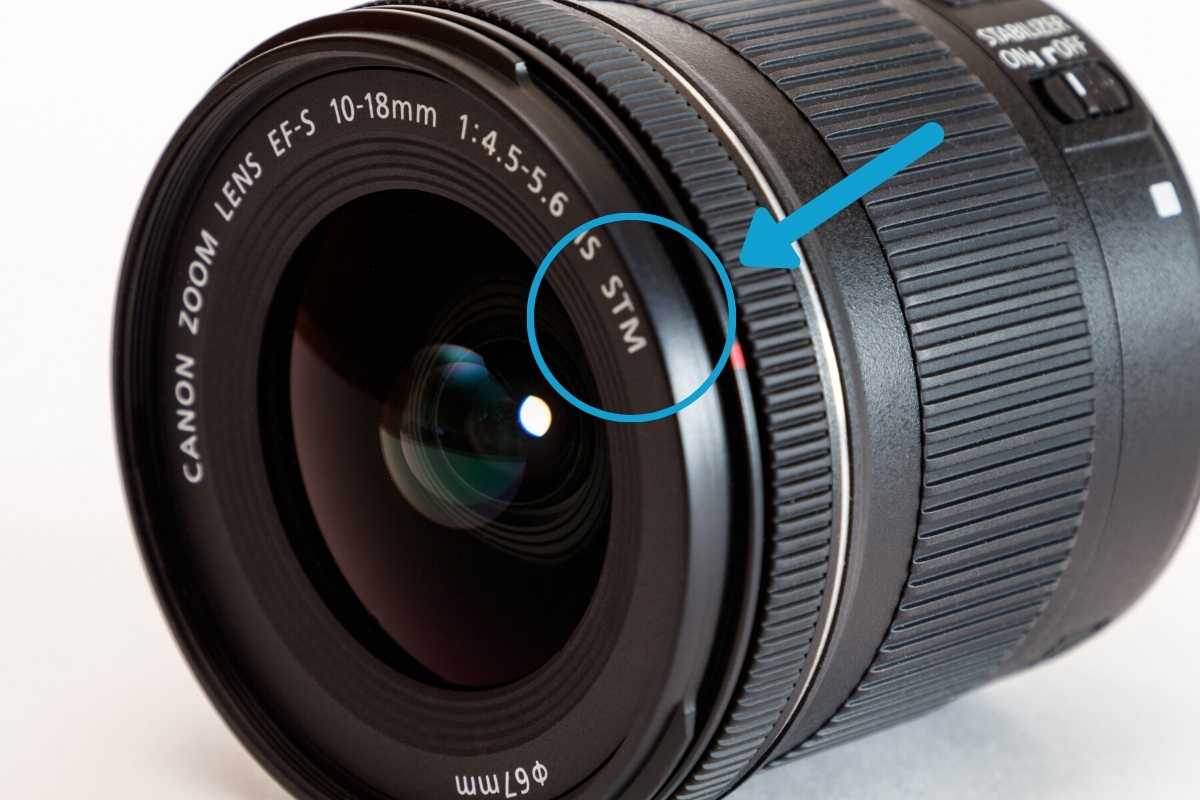 The word “STM” on Canon lenses refers to the autofocus system that the lens uses. STM stands for “Stepping Motor” which is a focusing system that uses a geared motor to rotate the focus ring. Canon STM lenses have very quiet autofocusing making them great for video but are slower at getting focus compared to USM lenses.

STM has to do with Stepper Motor technology, and the power comes from the camera body, not from the lens itself. The Canon STM system was developed specifically for filming video. Canon designed a system with a smoother and quieter focus that is a better fit for this.  Even though the focus is smooth, it is relatively slow compared to its USM counterpart.

But let’s see how the mechanism works.

While it is not well-known the precise way in which this lens works, Canon designed a focus motor that removes any noise while filming. The focusing system is as silent as a stone, and as every professional will tell you, minimal noise while recording is not something to take for granted.

Stepper motors are electric motors that rotate in steps. They’re driven by a pulse of current with a lead screw that connects to the AF group. The steps are fixed positions, like 1/4 of a clockwise turn, 1/8 of a turn, etc; after finishing the turn, the motor stops.

The drawback is that Canon STM lenses don’t have a full-time manual focus. When autofocus is engaged, you lose the option to adjust the focus ring manually.

The ring or gear system is the one that composes the focusing system in Ring USM lenses. The movement of the gear makes this lens noisier than some of its counterparts. STM lenses don’t have this problem.

Because the STM lens doesn’t pick up the camera focusing sound, they are the perfect option for recording video. The Audio part in a video is an essential aspect, so skimping on that would be a mistake that I can guarantee you’ll regret later on.

The focus system is generally way more smooth and quiet when filming. STMs provide smooth movement while recording. An STM lens is a content creator’s/vlogger’s dream because it was tailor-made for video.

When using an STM lens, the focus tends to be fast enough, which is always a nice thing to have when taking photographs. It is, however, slightly slower than a Ring or Nano USM lens.

The price of these lenses is relatively low. If you have a penchant for video but also like to shoot photos from time to time, it’s a budget-friendly option that you shouldn’t overlook.

Canon STM Vs. USM – Which Is Better?

When comparing Canon STM to USM lenses, the best option will depend on what you are shooting. Canon STM lenses have a quieter autofocus system making them more ideal for video shooters. Meanwhile, Canon USM lenses are much faster at finding focus but are slightly noisier. Due to the noise, the USM system is better suited for photographers. 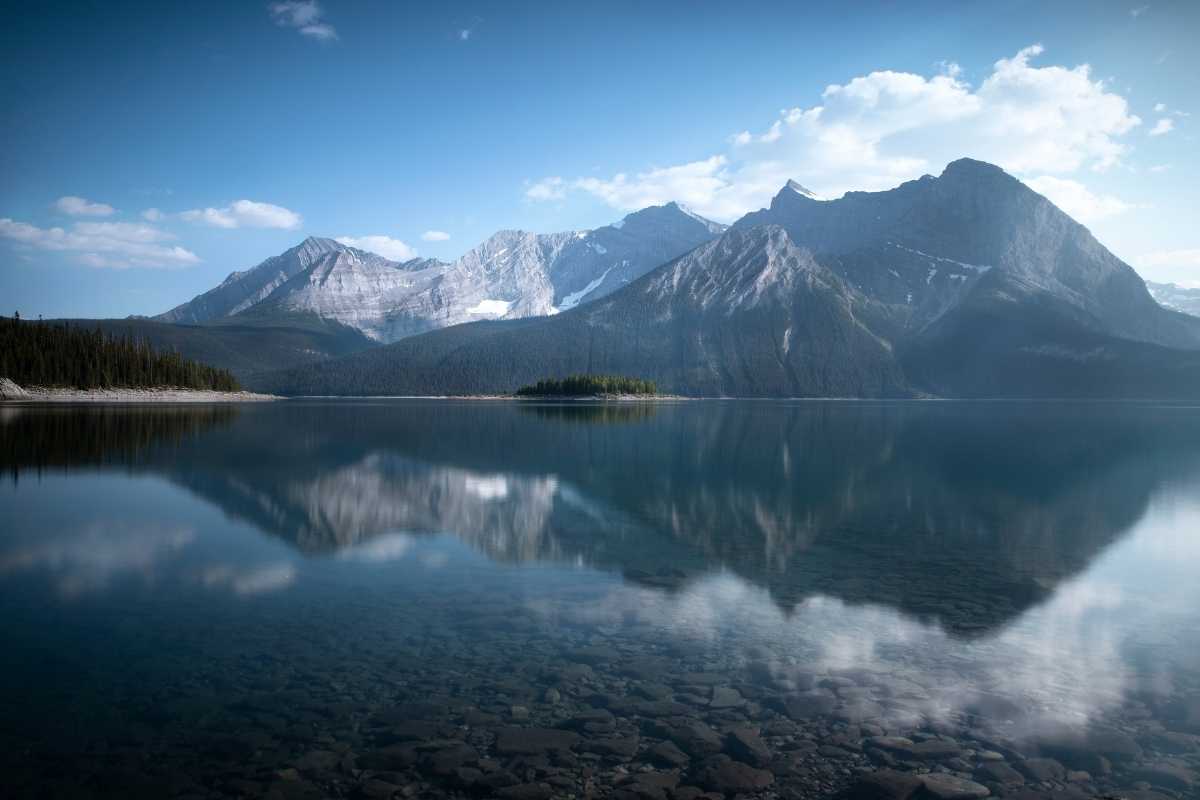 There is no correct answer to this question. There is no generally “better” lens because the STM and the USM lenses weren’t made with the same purpose in mind, so they’re better at different things.

Photography-wise, there isn’t much of a difference between the two options, so if that is what you’ll be using it for, go for the cheapest version.

As for shooting video, the STM system offers an advantage due to reduced noise. USM lenses can still be used for shooting videos, but you may notice lens noise while your camera tracks between different focus points.

The most important thing is that you know how to bring out the best in your lens. It really just comes down to preference and what you are going to be using the lens for.

So before making a choice, here are some things to take into consideration:

If you don’t like squeaky sounds in your video, be careful what you pick – older versions of USM lenses won’t suffice. The audio and the smooth focusing are undoubtedly one of the most important aspects when shooting a video. If what you want most is to record video, look no further than the STM or the Nano USM lens. While STM lenses are great for filming, they’re not the best at taking photographs.

Now when it comes to image quality, there’s barely any difference between USM Nano and STM lenses.

If you shoot a lot of events or wildlife, these lenses would be a trusty companion as well. A silent lens is essential. Nothing’s more annoying than missing the perfect shot because you scared off an animal just a few feet away.

Ring USM lenses used to be the golden standard when it comes to focusing speed when photographing. That is, before the Nano USM. However, you have to pay a little extra for that perk.  Ring USM lenses are somewhat quiet, but not as much as the STM lenses. The latter makes focusing when filming extremely smooth.

Because of the STM lens focus-by-wire system, manual focusing will still be a little bit slow.

Mirco USM lenses are cheaper than the other options in this article, so they can be a good enough option if you have a limited budget. When it comes to price, STM lenses are a pretty good deal too.

Remember, whatever you end up choosing, never regret any gear you end up buying. Make the best of what you’ve got in front of you!  As they say, the best lens is the one you have in your bag.

Now if you’re just getting started in photography, be sure to check out my guide on picking the right lens for your photography! 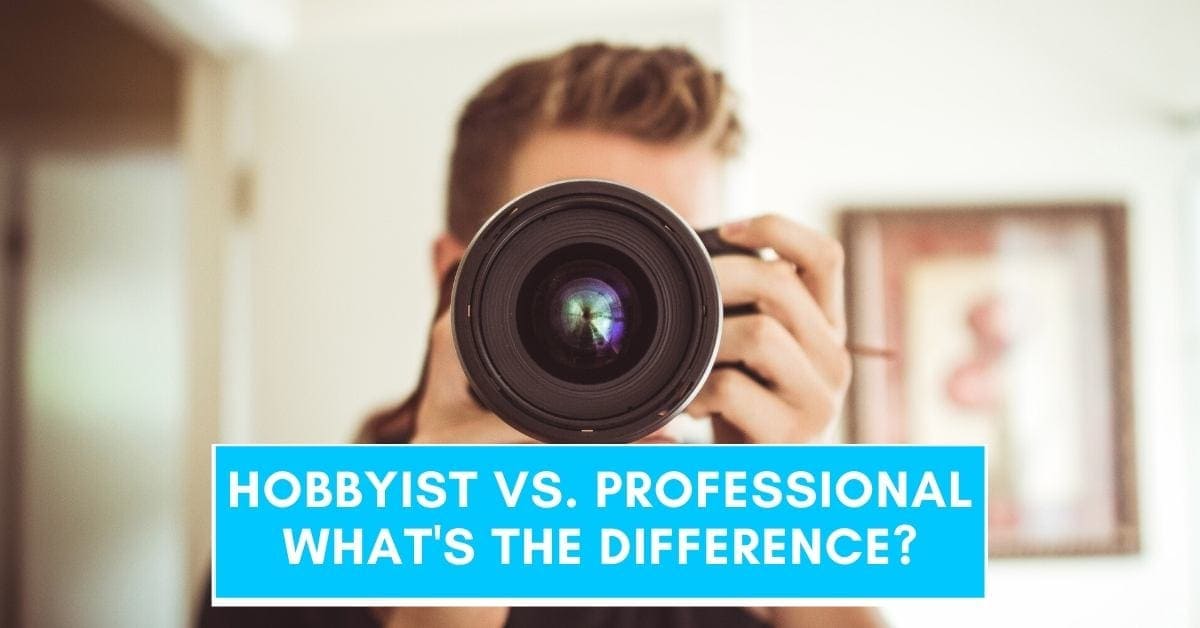 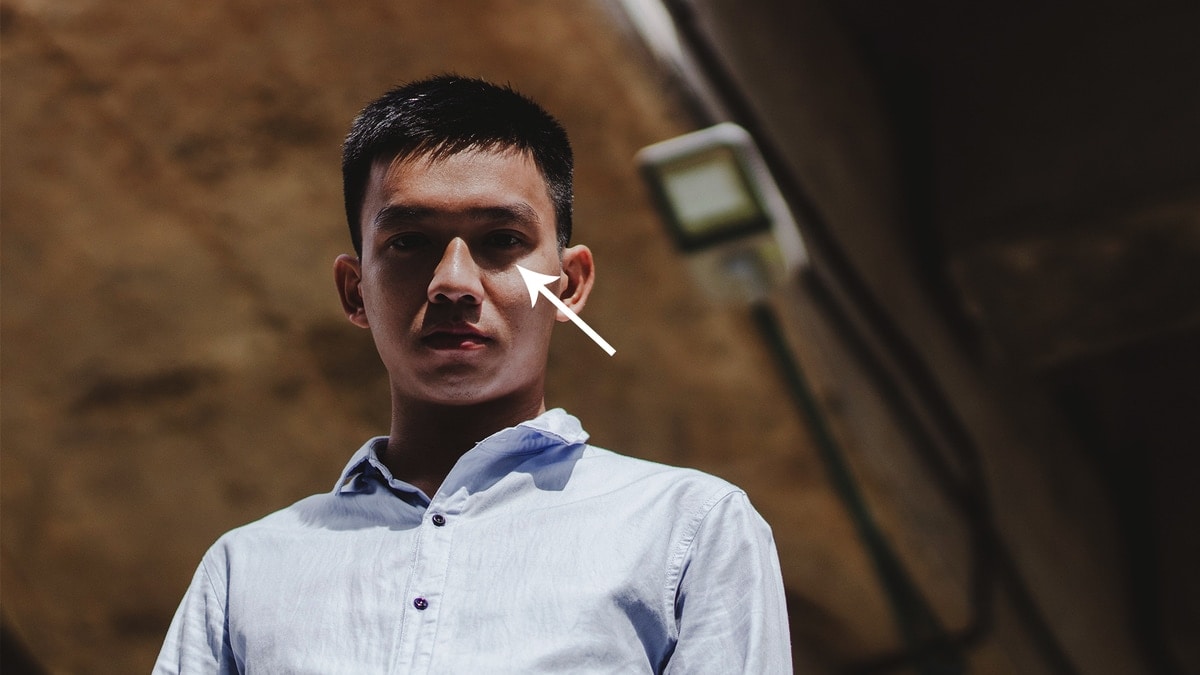 10 Common Beginner Photography Mistakes And How To Avoid Them 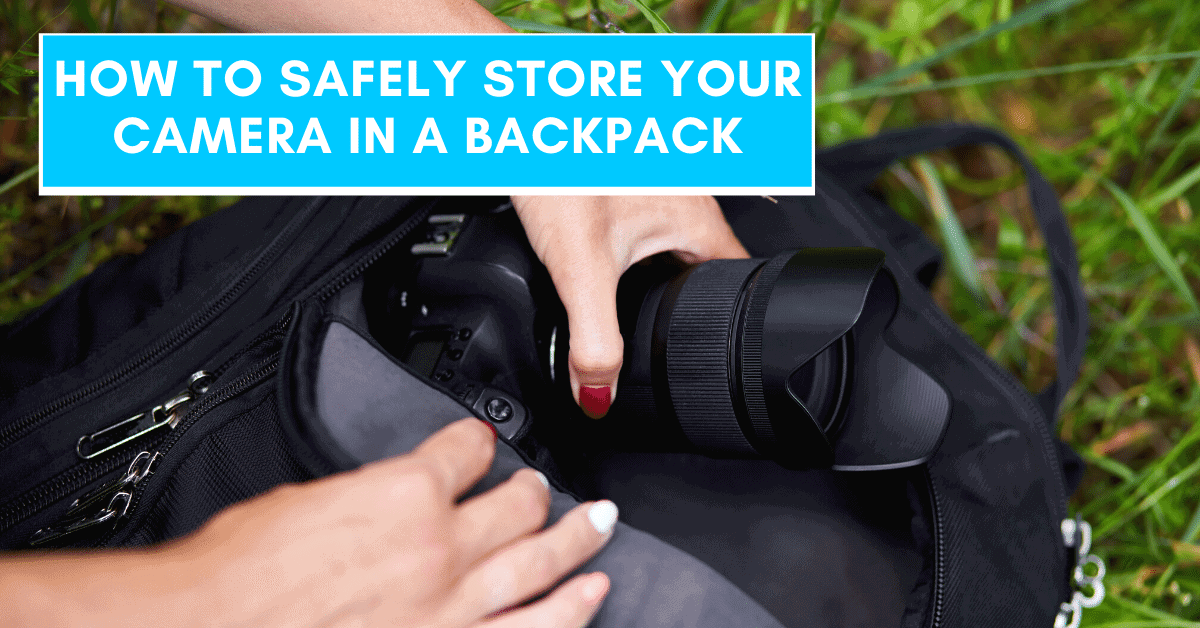 How To Safely Store Your Camera In A Backpack 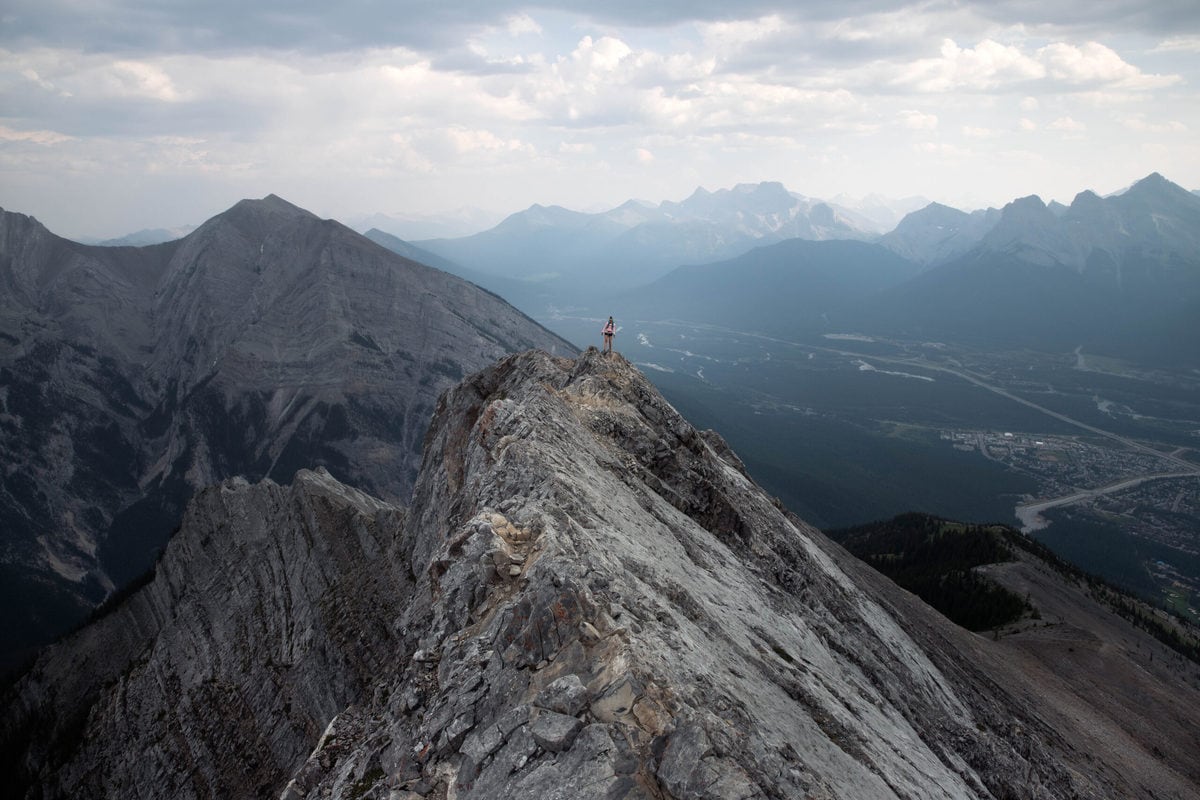 Creating Photography Styles – 5 Tips To Create Your Own