How To Flip Images And Layers In Photoshop (Fast!) 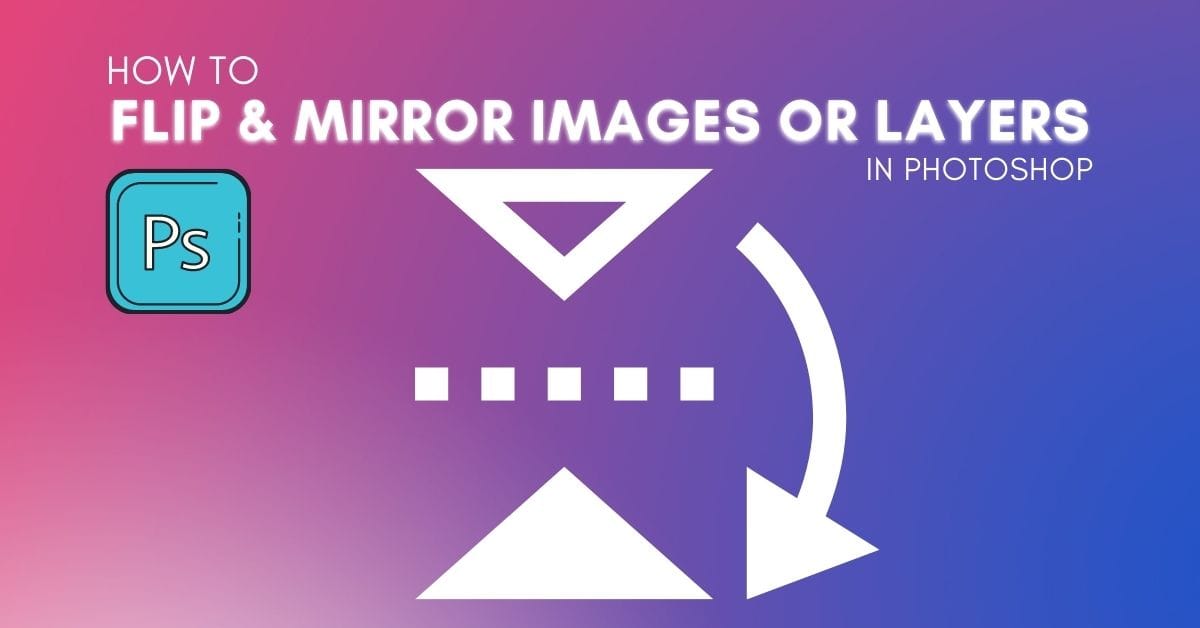 There are a few easy ways to flip or mirror images in Photoshop for both creative effect and compositional enhancements. To help get you started, the following method is the easiest way to flip an image for fast results.

To flip a layer in Photoshop, select the layer from the Layers Panel, then press Command + T (Mac) or Control + T (Windows) to access the Transform Tool. Once activated, right-click on your canvas and choose “Flip Horizontal” or “Flip Vertical” to flip the selected layer.

Now, this technique works well for flipping one layer at a time, but what if you wanted more options than that? Perhaps you want to flip your entire canvas or make your flip adjustments in Camera Raw. Likewise, you may want to flip your image to create a cool mirrored image effect as well.

To help make sure you have all the bases covered with flipping and mirroring images in Photoshop, this tutorial will serve as the ultimate guide! Let’s get started.

How To Flip Any Image In Photoshop

Expanding on the steps I briefly mentioned above, let’s start with the most basic type of flipping which is with individual layers.

First, import an image into Photoshop by pressing Control+O (on Mac)/Command+O (on Windows) or drag and drop it into the workspace.

Then, if your layer is locked, unlock the image layer by double-clicking it.

Now with your layer selected, press Control+T (on Windows) or Command+T (On Mac) to activate the free transform tool.

With the Transform Tool Active, right-click on the image and choose ‘Flip Horizontal’ or ´Flip vertical’ from the flyout menu.

The layer will be instantly flipped.

Hit ‘enter’ or click the check box in the options bar to confirm the changes.

How To Flip An Image In Camera Raw

To flip an image in Camera Raw, first, open a RAW image into Photoshop so that Camera Raw will automatically open. In Camera Raw, click the Crop Adjustment, then click the Flip Horizontal or Flip Vertical option within the ‘Rotate & Flip’ settings to flip the image in one click.

If you try to import a RAW file into Photoshop, you will notice that it will be opened in Camera Raw first. You can make many edits there, including flipping the photo.

However, the option of flipping an image with Camera Raw is only available when you open the image directly into Photoshop. If you open an image as a layer and apply the Camera Raw filter, the flip image option will not be available.

So with that in mind, make sure to follow these next steps to ensure everything works!

First, open your RAW file by pressing Control+O (on Windows) or Command+O (on Mac) or dragging it into Photoshop.

After that, you will see that the image will be directly imported into Camera Raw.

Inside Camera Raw, click the Crop Tool on the right side of the panel.

You can make any type of crop adjustment here along with, straightening and flipping adjustments.

Since we’re focused on flipping the image, let’s go to the ‘Rotate & Flip’ section.

By clicking either of these options shown above, the image will be flipped instantly.

How To Flip The Entire Canvas Horizontally Or Vertically

To flip your entire canvas horizontally or vertically in Photoshop, go to Image > Image Rotation and choose the “Flip Canvas Horizontally” or “Flip Canvas Vertically” option. This will flip your canvas and all its contents according to your selected flip adjustment.

To do this, go up to Image> Image Rotation> ’Flip Canvas Horizontal/Vertical.’

The entire canvas will be flipped horizontally or vertically, depending on the option you choose.

Flipping the entire canvas is different from flipping individual or grouped layers because when you flip the canvas, you flip everything on it at once. You don’t even need to have any layers selected to do that.

When you flip layers, on the other hand, you need to select them first.

This technique is very useful when you need to take a quick look at how your project looks from a different angle. You can easily flip it back to its original position by repeating the same steps.

How To Flip A Single Layer Without Flipping The Entire Canvas

One of the advantages of using Photoshop is that you work with layers. Ideally, every element in a composite needs to be on its own layer, so you can select a target layer and make individual adjustments to it.

So that means, if you want to flip a layer, you need to select it first. Then, when you apply your flip adjustment, the other layers on the canvas will remain untouched.

In the example below, I used some images to make a composite. Notice that every element in the composite has its own correspondent layer. So if I want to edit the moon, for example, I will have to click on its layer first.

With the layer selected, I will hit Control+T (on Windows) or Command+T (On Mac) to activate the free transform tool.

Then, I will choose ‘Flip Horizontal’ from the flyout menu. You could also choose to flip vertically as well!

The selected layer will be instantly flipped after that action. After flipping the desired object, I will hit ‘enter’ to confirm the changes or click the check box in the options bar.

Notice that every other element in the composition remains in its original position. That’s because I flipped a specific layer!

How To Mirror An Image In Photoshop

There are many ways to make a mirror effect in Photoshop, but let’s focus on the two most simple ones.

To mirror an image using this method, import the desired image into Photoshop first. You can do that by pressing Control+O (on Windows) or Command+O (On Mac), or by dragging it into Photoshop.

Then, unlock the image layer by double-clicking it.

After that, I would advise you to take a look at the image you have, to decide if you want to mirror it the way it is or crop out any parts you don’t want.

To crop the image, grab the crop tool from the toolbar or hit ‘C’ on the keyboard.

Then, drag the grid handles to crop out the part of the image you don’t want. Everything outside the crop overlay will be left out.

When you’re finished, press ‘Enter’ to confirm the changes.

After that, you can press Control+J (on Windows) / Command+J (on Mac) to duplicate the image layer.

With the duplicated layer selected, press Control+T (on Windows) / Command+T (on Mac) to activate the free transform tool.

Then go up to the Options bar and check the reference point check box. This option will ensure the image is mirrored from the position of the anchor.

Notice that after doing that,  the reference point will be located in the middle of the image.

Now, let’s flip the image by right-clicking with the mouse and choosing ‘Flip horizontal’ from the flyout menu.

You can see that the reference point is between the two images. However, the mirrored image is not visible since it’s beyond the cropped area.

Luckily you can reveal the full image by doing the following.

First, hit enter or click the checkbox in the options bar to disable the free transform tool.

Then, go up to Image > Reveal All.

The mirrored image will be instantly revealed.

Notice that there are still two layers in the layers panel, even though it looks as if there is only one image in the result. To turn the two image halves into one, click on one layer after another while holding ‘shift’. This will select both layers at once.

After that, right-click and choose ‘Merge Layers’ from the flyout menu.

Then, the layers will become one and you will have a single image out of the original image and its copy.

Turning both images into one may be helpful, for example, when you want to change the dimensions of the resulting image later.

This method is slightly different from the previous one but produces the same result.

First of all, import the desired image into Photoshop, as you learned earlier in this tutorial.

Then, unlock its layer by right-clicking it.

Next, go up to Image > Canvas Size.

In the panel that appears, you will enter some new values for the canvas. The idea here is to make room for the mirrored image.

Start by changing the unit of measure to percentage.

Then, uncheck the Relative box.

After that, set the width to 200 and the height to 100. We are basically doubling the canvas width and keeping its height as it is. Click ‘ok’ when you’re finished.

That’s how the canvas will look after doing that.

Now, drag the image to the left by making sure it’s selected in the Layers Panel and using the Move Tool (V) to reposition it.

Next, make a copy of it by clicking Control+J (On Mac) / Command+J (On Windows).

Now, with the image copy selected, hit Control+T (On Mac) / Command+T(On Windows) to activate the transform tool. Then, right-click on the image and choose ‘Flip Horizontal.’

You will notice that the image will be flipped instantly.

Click ‘Enter’ on your keyboard to disable the transform tool. Then, with the Move Tool (V), drag the image copy to the right to complete the mirrored effect.

Flipping and mirroring images in Photoshop is easy with the different techniques you learned here in this tutorial. In most cases, the free transform tool will get the job done since you can flip the image in just a couple of clicks. However, if you want to mirror your photos, things get a little more complicated with some added steps. Luckily with the two mirroring techniques, you learned here, you can choose one that better fits your style of workflow! 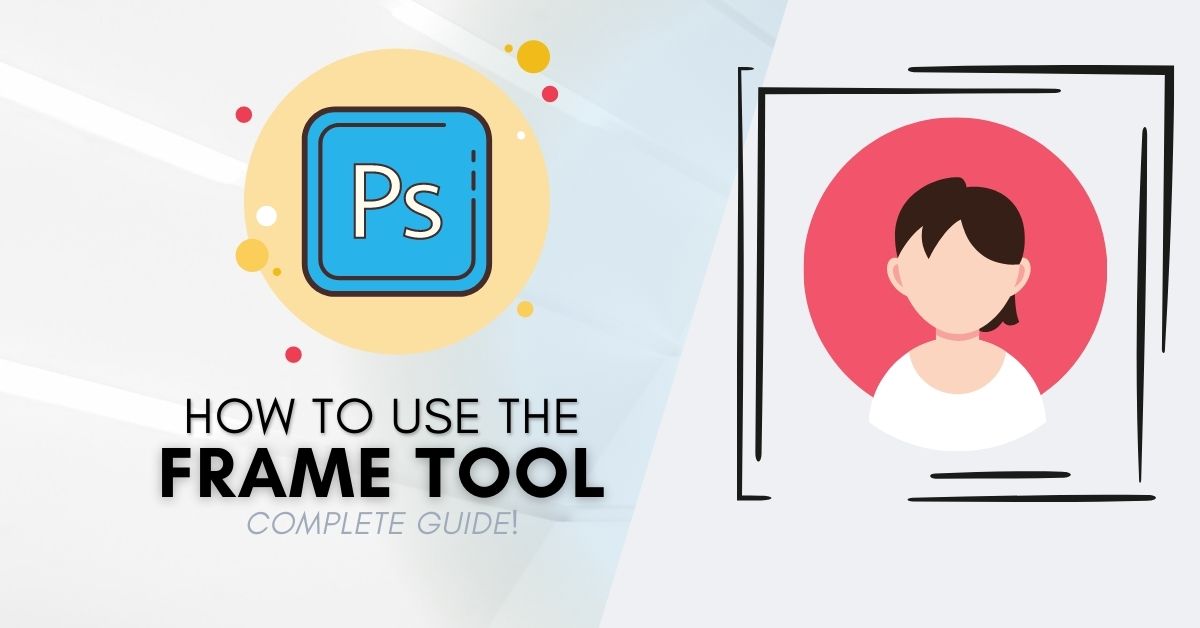 How To Use The Frame Tool In Photoshop 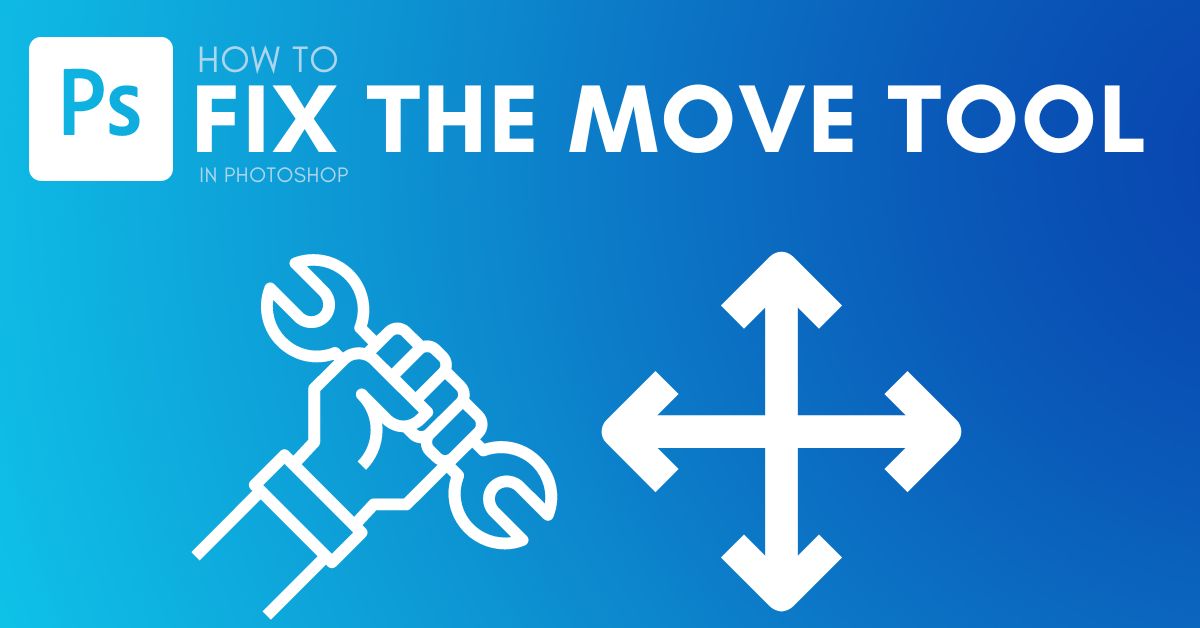 How To Fix The Move Tool In Photoshop 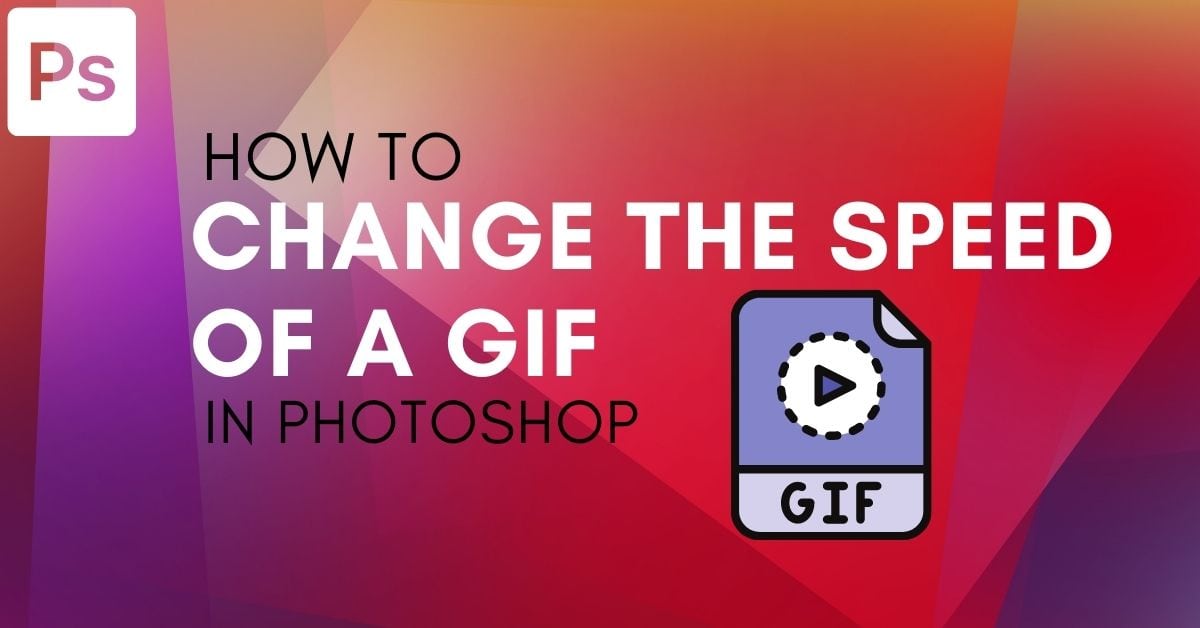 How To Change GIF Speed In Photoshop 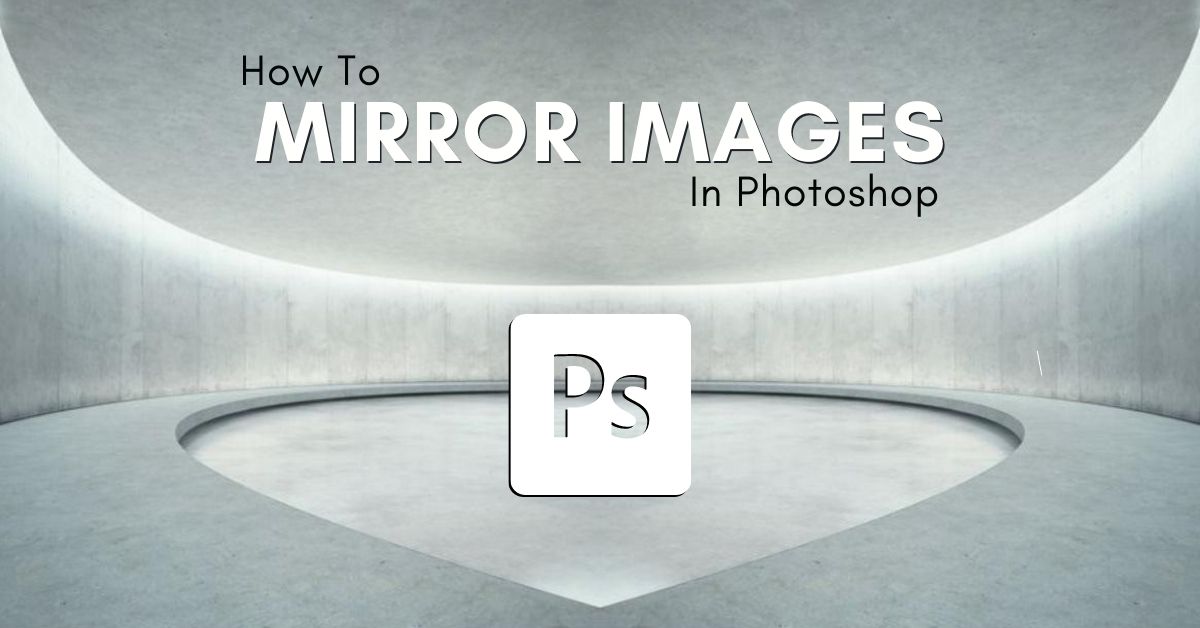 How To Mirror Images In Photoshop