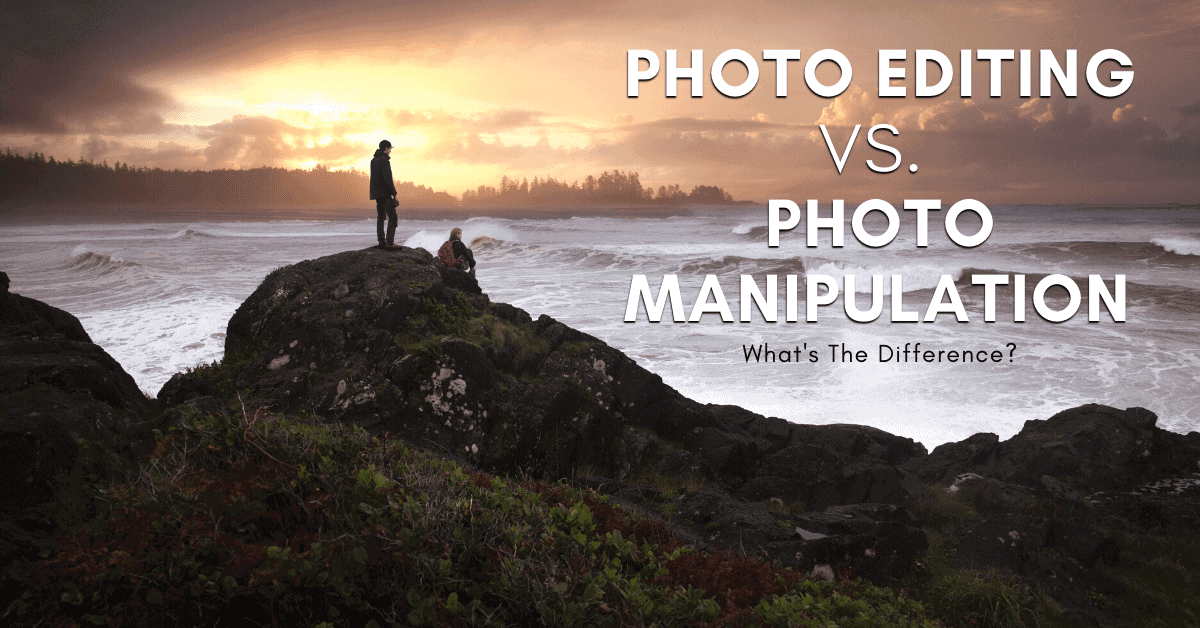 The Difference Between Photo Editing And Photo Manipulation

In the photo world, you’ll hear the terms “photo editing” and “photo manipulation” tossed around a lot. However, if you’re not familiar with what either means, it’s hard to tell the difference. After all, aren’t both just adjustments to your photo? As it turns out, there is actually a pretty significant difference between photo editing and photo manipulation, and this post will help break it down.

To help you better understand the differences between these two editing styles, let’s go more in-depth and compare the uses of each.

What Is Photo Editing? 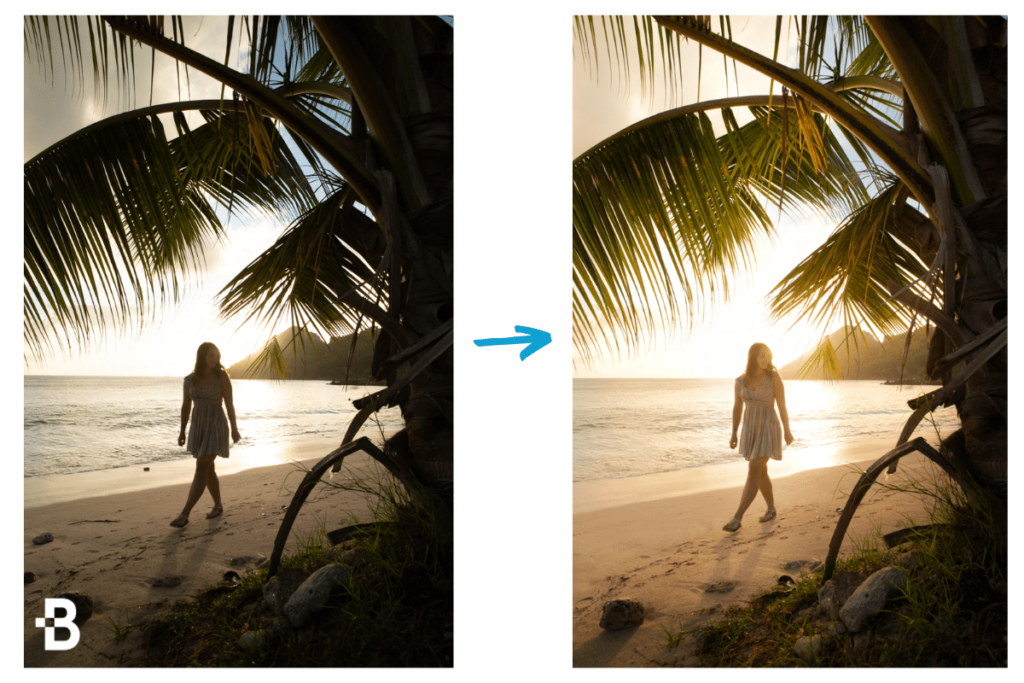 Photo editing is the color or exposure adjustments of an image used to help enhance the original. With techniques such as hue adjustments, tone curves, color balance, and spot adjustments, you can stylize an image in ways that aren’t possible in-camera. With photo editing, a photographer can add their own unique style to an image or improve the original photo’s look.

The vast majority of photographers edit their photos in some way. You don’t necessarily need an expensive editing program to make image adjustments, either. Even on the most basic smartphones currently on the market, you’ll find a built-in photo editing app. Just by boosting the brightness or shifting the white balance of a photo, you are now photo editing.

Although it starts with very basic adjustments, photo editing can become much more advanced. With more pro-level tools such as Lightroom or Luminar, you can make more accurate and exaggerated edits to a photo. For example, you could take an image with regular colors and adjust them to favor a certain color hue. Likewise, you could soften your image by boosting the shadows to add a matte look.

The options you have while photo editing are endless. Best of all, there is an infinite number of ways you can mix and match adjustments to get a specific look. After experimenting with different adjustments, a photographer will start to define an editing style that’s unique to them. This style is what ultimately separates many photographers from one another.

What Is Photo Manipulation?

Photo manipulation is the alteration of the original contents in a photo. It could be something small, like replacing a sky, or more intensive manipulations that add new elements to the photo. Photo manipulation offers a way to add further artistic expression to a photo or alter an image to match the photographer’s creative intent.

Photo manipulation is less common among average photographers. Since it’s only needed in specific circumstances and requires an elite knowledge of certain editing programs, it’s something that takes practice to learn. Photo manipulations can vary greatly, going from very simple adjustments to more complex ones. For example, a simple manipulation would be replacing a sky or slimming the waistline of a model.

However, manipulations can become much more complex by merging multiple photos or adding 3D renderings into a photo. To give you an example, the image below is a photo manipulation I created using 6 different images. By photographing each image separately, I was able to use Photoshop to merge everything. In some cases, this process can take several hours or even days to complete. 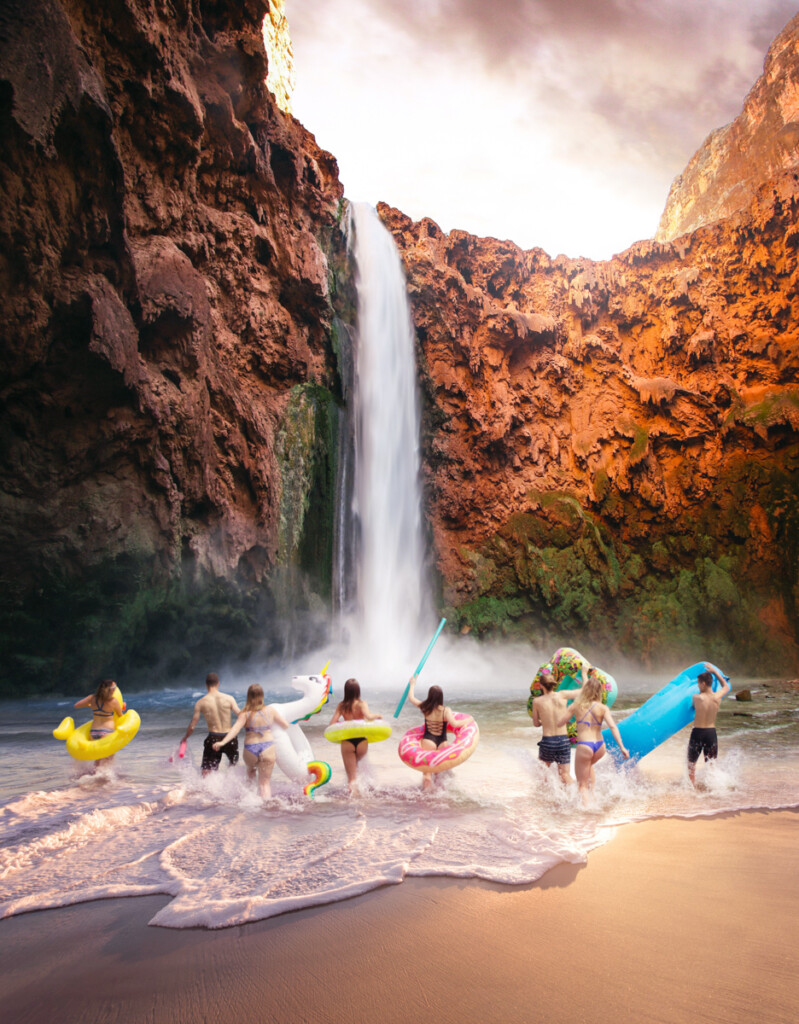 Photo manipulation can get a bad rep for “deceiving” the viewer with false elements in a photo. However, it also opens up countless doors for more creative expression in an edit. If you wanted to create a dreamy fairytale type photo, it’s unlikely you’d have the time or money to build a set, round up costumes, and create a formal shoot. Instead, you can use different elements from different photos to merge everything.

Similar to drawing or painting, photo manipulation gives you the ability to create anything you want. Rather than being limited to the objects in a real scene, you can create something completely different. This is not only a ton of fun to create as an artist but fosters more creative potential in digital artists and mainstream advertisements.

How Are Photo Editing And Photo Manipulation The Same?

Photo editing and photo manipulation are similar in the sense they both enhance an image. Although one only edits color while the other creates new elements, they’re both altering an image with creative intent. The result from each creates a certain style that matches the style of the photographer.

In most cases, photo editing and photo manipulation require much of the same color and exposure adjustments. The difference being that photo manipulation uses them to not only stylize the entire image but also blend new elements.

How Are They Different?

With photo editing, you can make any kind of adjustment with the basic apps on your phone or computer. You can then get more editing options by downloading more professional editing software. It’s relatively easy to learn photo editing and can be figured out with some trial and error. Since most adjustments can be made with sliders, it’s quite straightforward, especially when you edit images with AI-powered tools like in Luminar.

Compare that to photo manipulation, and you get a different story. Manipulations cannot be easily created with built-in apps on most devices. Instead, it requires more advanced tools such as Photoshop. With a program like this, you can cut out objects, create masks, or even paint new effects from scratch. The options are limitless in this program, and it offers tools that aren’t available anywhere else.

Besides needing more specialized tools, photo manipulation also requires a more advanced skillset. Manipulation adjustments are far more labor-intensive than just moving a slider left or right. Instead, you have to deal with different color and exposure adjustments, layer masks, pen paths, lighting effects, and more. Since it requires a lot more training and skill to get right, photo manipulation isn’t as widely accessible to photographers compared to photo editing. 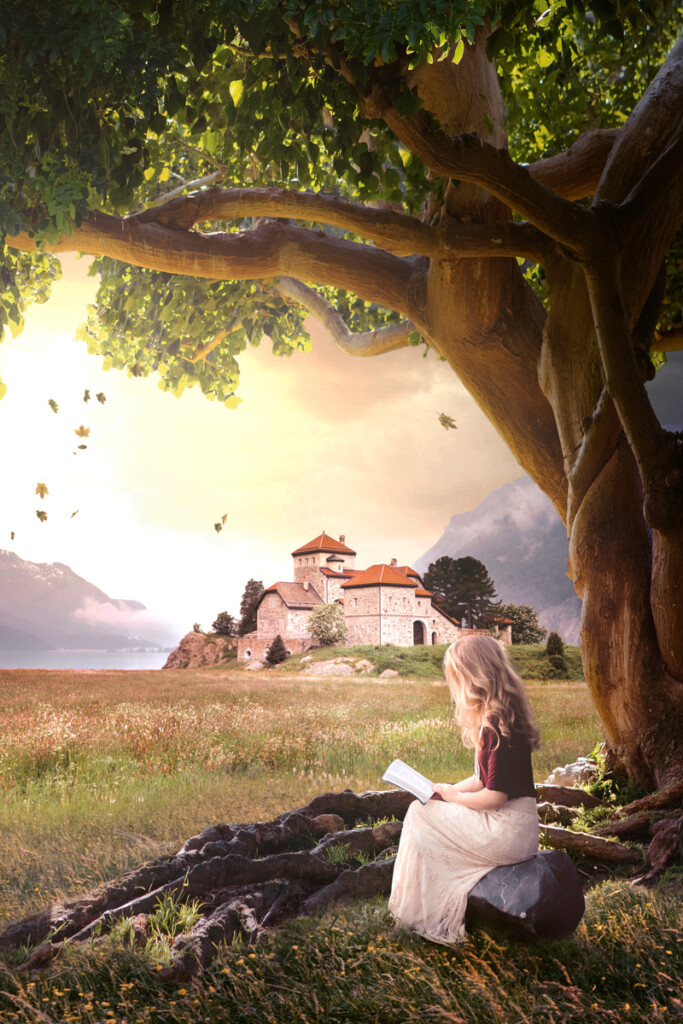 The big thing that people dislike about photo manipulation is the alteration of female bodies in advertisements. By enlarging their busts, slimming their waistline, or plumping their lips, it creates unrealistic body standards. After all, the adjustments made to some of these models aren’t necessarily realistic. With that said, photo manipulation itself isn’t at fault; it’s simply the editor or client’s choice who’s creating the images.

I talk about this idea more extensively in this post on the effect of Photoshop on society.

With that said, there is plenty of good that can come from photo manipulation. By allowing artists and photographers to create completely new worlds you could only see in your imagination, it’s a great creative outlet. There isn’t any harm in manipulating a photo; it only becomes so if you try to pass it off as real.

In some cases, you’ll see a manipulated image that the photographer claims is real. This can be harmful since it’s viewed as real-life rather than an image with added artistic expression. If you’re creating manipulated images, you should be honest about whether or not the image is real if someone asks you. After all, for a photo to be considered “real,” it would need to look mostly the same as the original.

Ultimately, photo manipulation isn’t bad when used as an artistic outlet to create more impactful or interesting images. However, it can be harmful when passed off as real such as slimming someone’s body to make them “more attractive.” At the end of the day, it’s the photographer’s job to use photo manipulation with good intentions.

So now you know the differences between photo editing vs. photo manipulation. Although each alters the look of your photo, they end up giving you vastly different images. Photo editing can be considered as basic adjustments to the color and exposure in your photo. On the other hand, photo manipulation alters the original image to enhance reality with new elements or distorted objects.

Both types of editing are commonplace in mainstream media, and it’s usually easy to spot the differences. Both are a lot of fun to experiment with and offer a great way for photographers to improve their images.

If you’re looking to get started with photo editing, make sure to check out my 10-Step Guide To Editing Images In Photoshop! 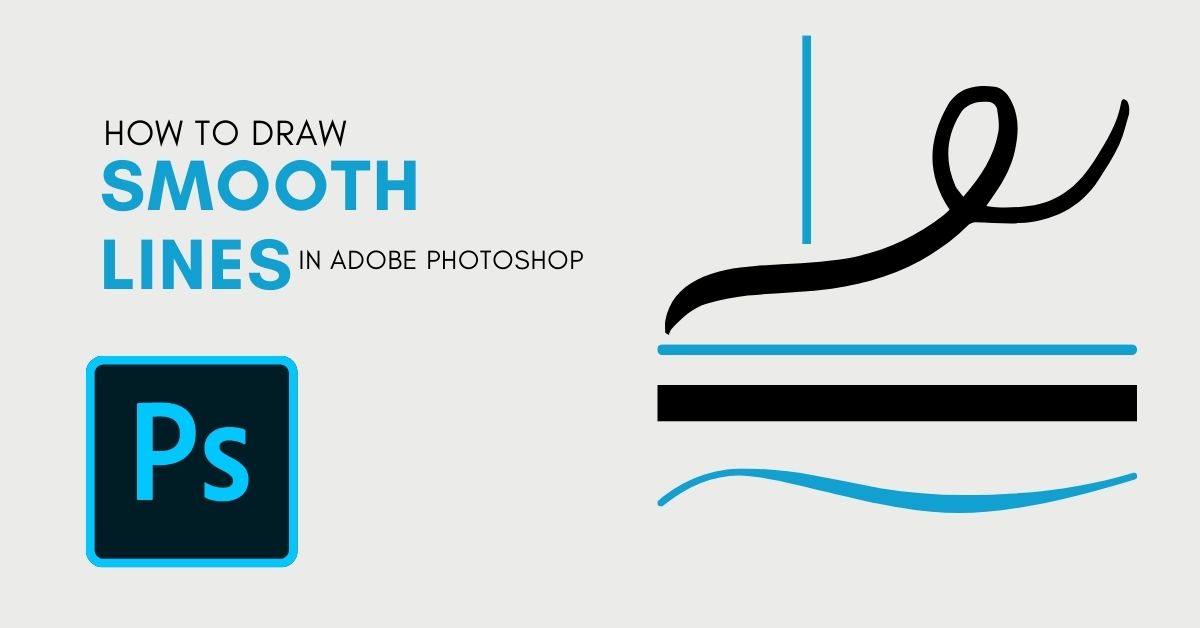 How To Draw Smooth Brush Strokes In Photoshop

How To Create A Smart Object In Photoshop (6 Easy Ways) 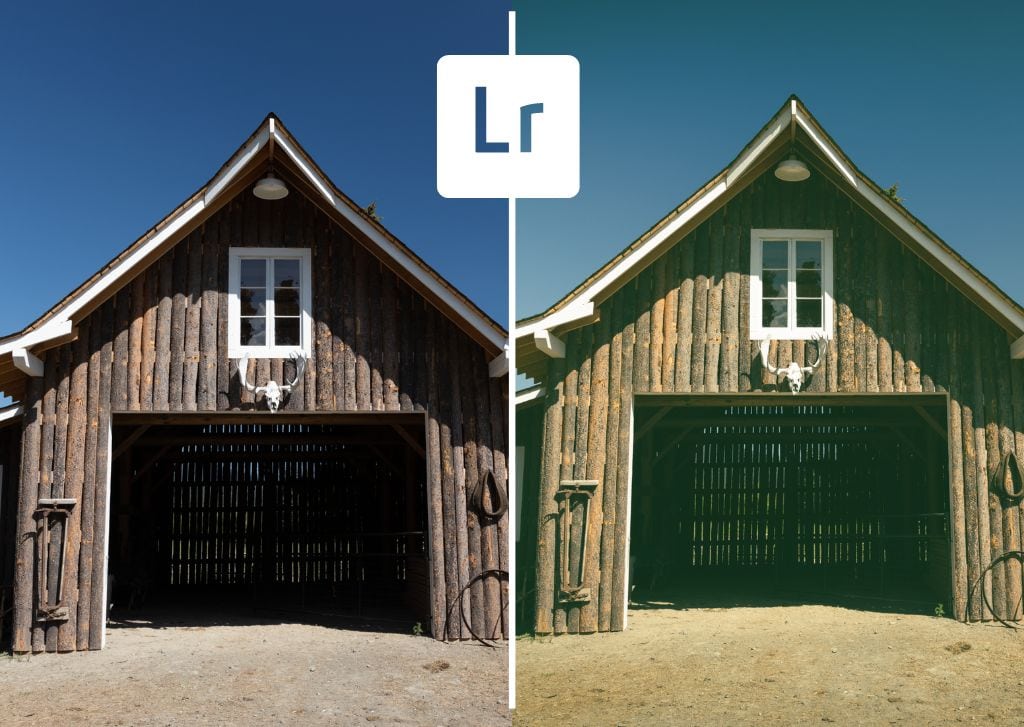 How To Create A Vintage Look In Lightroom (Step By Step) 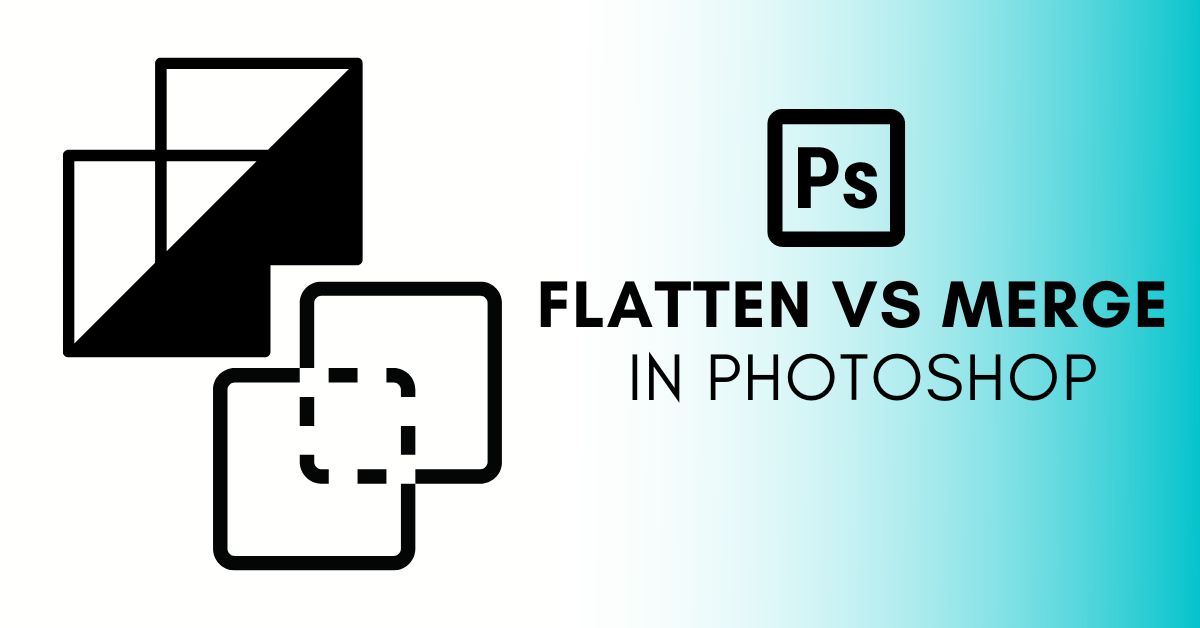