Why Do Photographers Turn Their Cameras Sideways? 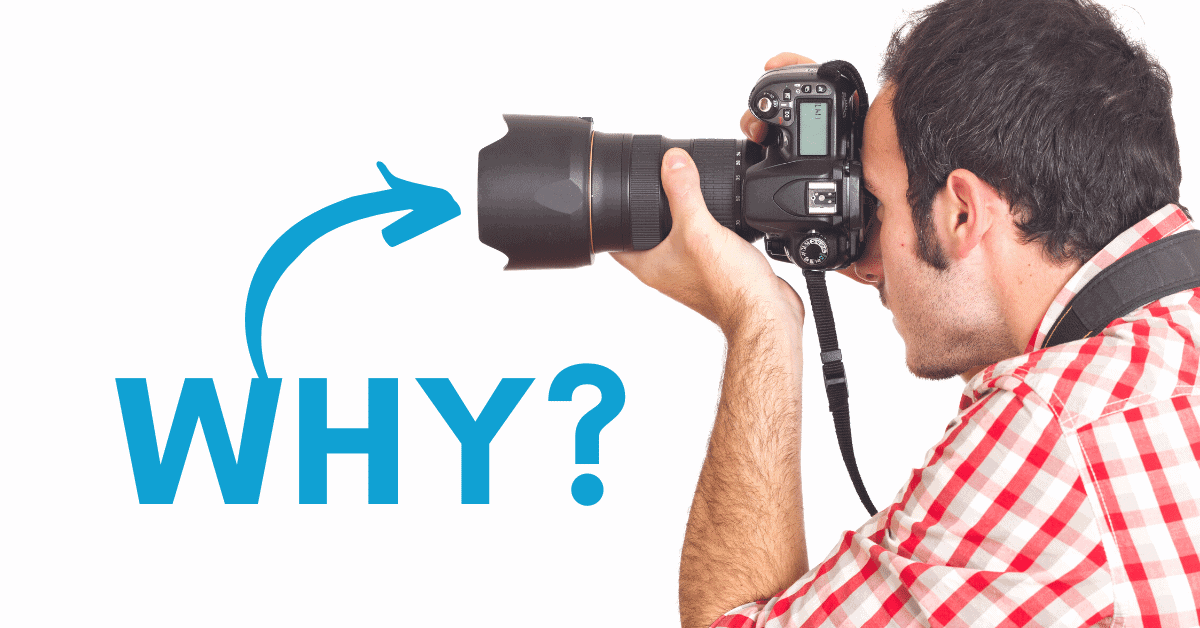 Why Do Photographers Take Photos With Their Camera Sideways?

When you see a photographer taking pictures, they’ll often turn their camera sideways to snap a few photos; but why is that? By turning the camera, you can get a completely different perspective than before. Depending on the type of picture you’re trying to capture, there are many advantages to shooting horizontally instead of vertically. Whether you’re a professional shooter or just taking photos on your phone, rotating your camera can be the missing piece to a great photo.

By rotating the camera to the side, the photo’s vertical edge becomes longer. For certain types of photography, such as portraits or product photos,  this vertical orientation can fit more of the subject into the frame. Since it can change the overall perspective and composition of a photo, photographers will choose to turn the camera sides when taking certain pictures.

Photographers don’t just pick one position to take all their pictures in. Instead, the orientation of a photo is chosen to best suit the subject in the frame. To understand why photographers like to turn their cameras sideways, let’s first discuss what image orientation is all about.

What Does Orientation Mean In Photography?

Orientation is the angle at which a photo is taken. By holding the camera horizontally or vertically, you can make the image appear wider or taller. For different focal lengths, subjects, and image purposes, altering the orientation can create a better composition.

There are only two types of orientations that a photo can be in. The first is called “landscape,” while the other is called “portrait.” It’s also common to hear these two image orientations called wide and tall or horizontal and vertical.

No matter which term you hear, it all refers to the same thing: how your photo is oriented. 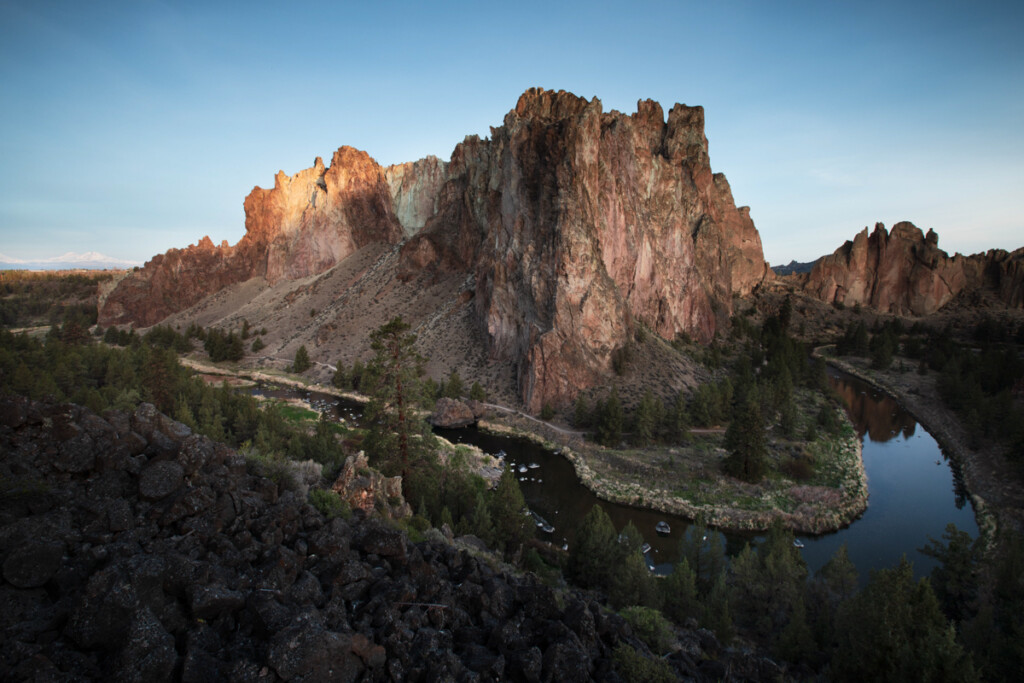 This photo orientation gets its name because it’s the most common way to shoot landscape photos. When taking pictures of a beautiful view or an expansive environment, you want to capture as much as possible. With your camera held horizontally, it can see more details across the frame, which ultimately captures more of the view.

Since this orientation is most commonly used in landscape photography, that’s where the name originated from.

With that said, it’s also common to hear this orientation referred to as “Wide” or “Horizontal”. Since the image is wider than it is tall, it’s called a wide orientation or a horizontal perspective. 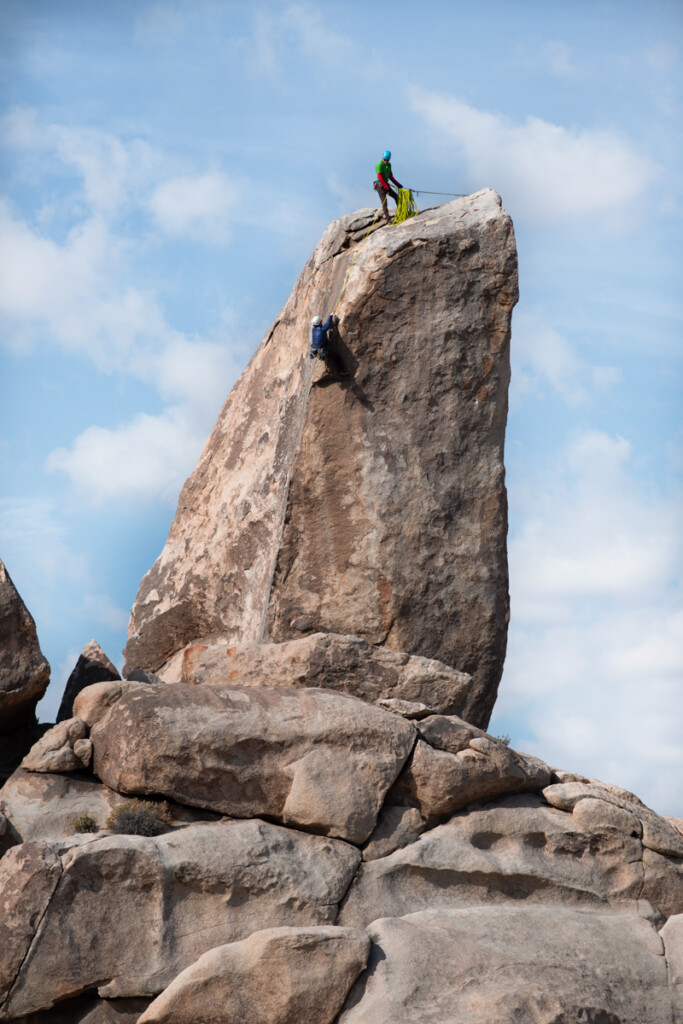 A portrait orientation means that the photo is longer vertically than it is horizontally. This orientation is great for fitting more in the frame vertically and works best for capturing vertical subjects such as humans or waterfalls. Since both are taller than they are wide, it’s easier to use this type of orientation to frame the subject more effectively.

Since portrait orientation is the opposite of landscape, it ends up looking “taller” as it stretches more vertically than horizontally. That’s why it’s also referred to as “tall” or “vertical.”

Why Does Your Photo Orientation Change When You Turn The Camera? 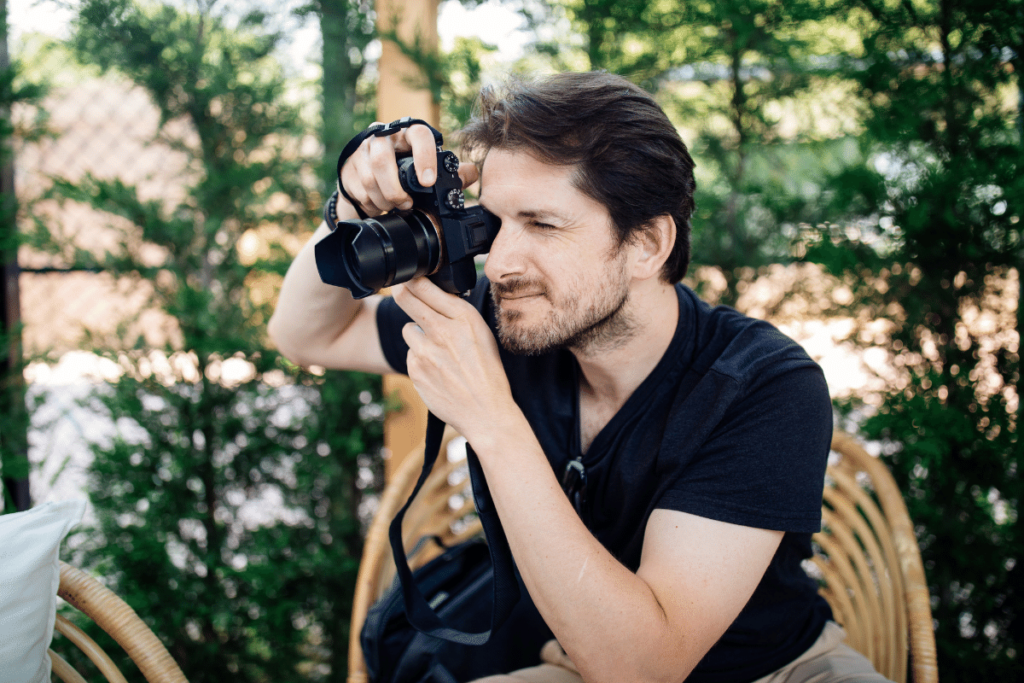 Even if you understand the difference between landscape and portrait orientations, it can be unclear why this perspective changes when rotating the camera. The reason for this all comes down to the camera sensor.

A camera sensor is rectangular in shape and remains in a fixed position. When your camera is held horizontally, the sensor sits in the landscape orientation, which will capture photos with a longer edge width wise. By turning the camera on its side, the sensor is rotated to have its longest edge stretching vertically. This ends up capturing photos in portrait orientation.

Since the camera sensor always remains the same shape, changing your camera’s rotation changes how it sees the world. That’s why photographers like to take photos with their cameras sideways, to capture a taller image orientation.

An easier way to think of this is with a piece of paper. A typical sheet of printer paper is 8.5″ x 11″ making it a rectangle. When you turn the paper, you change the orientation. Depending on what you want to write or draw on the paper, you will favor one orientation over the other. When you’re taking photos, the same kind of thought process occurs.

You choose different orientations to best capture your subject.

Why Turn Your Camera Sideways When Taking Pictures?

No matter what kinds of photos you’re taking, it’s important to use both a landscape and portrait orientation. Since landscape is the default orientation to capture for most people, what are the advantages of turning your camera sideways?

Well, let’s break down some of the main reasons why photographers take pictures vertically.

1. It Can Improve Your Composition

In some cases, shooting in portrait orientation can drastically improve your composition. By including more elements in your frame vertically, you can change what things you have to work with in your frame.

This tends to work best when the subject you’re trying to shoot is taller than wide. Even if you’re shooting a landscape image but want to include more of the sky, turning your camera sideways can help achieve that.

To help keep tabs on your compositional techniques, make sure you remember the 5 most important rules of composition.

2. To Hide Unwanted Distractions In The Frame

Rather than cropping a photo while editing, turning your camera can help crop out any distractions. For example, I chose to capture this photo below vertically since there were a large dock and beach chairs on either side of the subject. 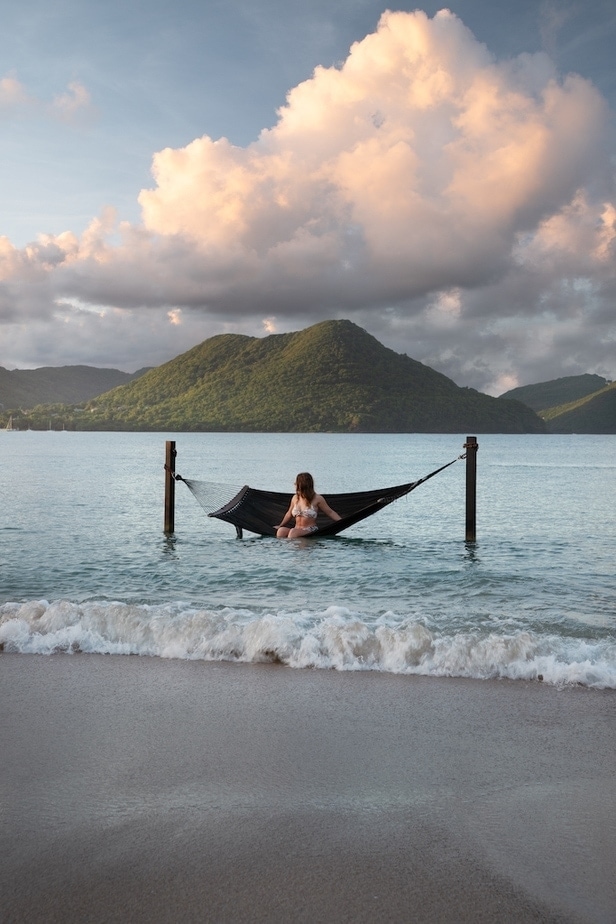 If I had used a landscape orientation, I’d have to zoom in significantly or have a lot of spot removal adjustments to do later on. To make life easy, I simply turned the camera sideways to isolate my subject in the frame and remove those distractions.

After all, out of sight, out of mind, right?

This same idea applies to any kind of photo you capture.

In recent years there has been a big shift towards optimizing images for social media feeds. Since most social media is browsed on mobile devices, millions of people are looking at things on a vertically oriented screen.

That means when you share a horizontal photo, it takes up significantly less space on someone’s screen than a vertical photo would. In some cases, this leaves you with less engagement on the horizontal photo than the vertical simply because it was less obvious on people’s screens.

To help account for this, many photographers and businesses now opt to share vertically oriented photos. Even if that means they crop a landscape image to fit a portrait orientation. 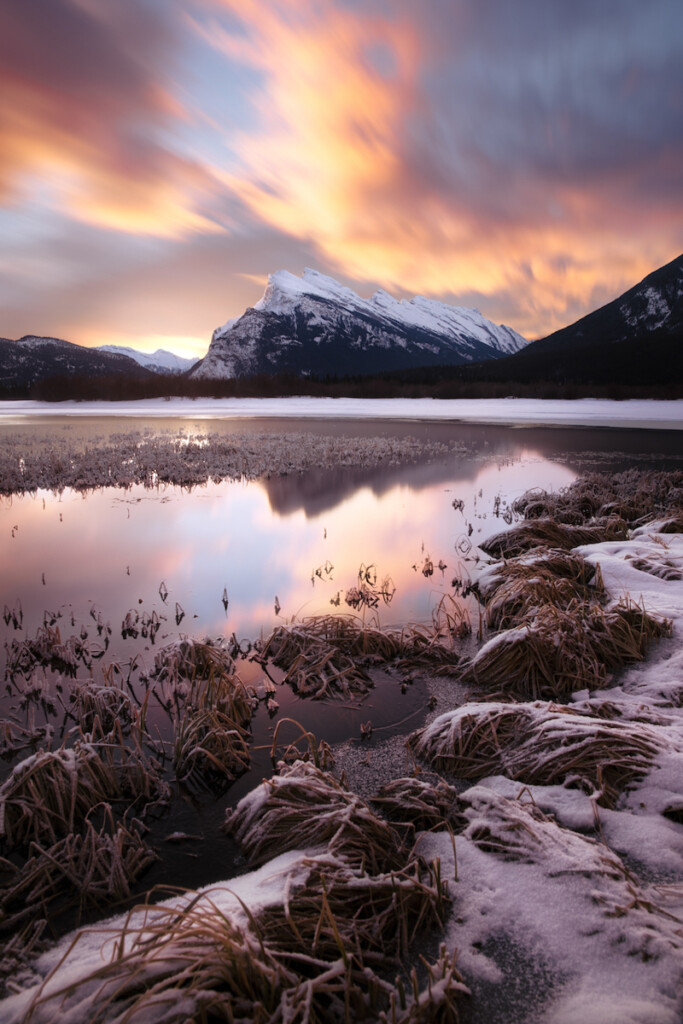 When you turn your camera sideways to take a picture, you can clearly see the foreground, midground, and background. When you’re building your composition, using these elements together is key for capturing a great photo.

Although this is still possible to do with a landscape orientation, it’s a bit more difficult. You often have to mess around with different focal lengths, lens heights, and more to fit in the foreground, midground, and background elements you want.

It’s a lot easier to capture all these elements with any camera lens by shooting photos vertically.

Should You Take Photos Horizontally Or Vertically? 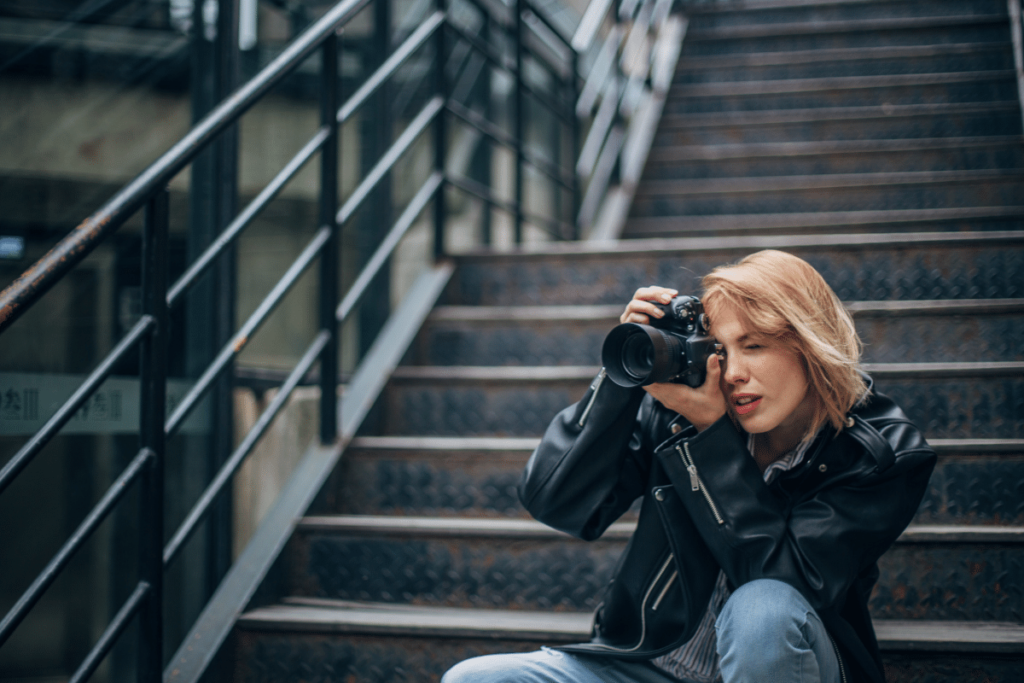 So even if you see a photographer taking photos with their camera turned sideways, does that mean you should too?

Image orientation isn’t a matter of right and wrong. It’s a creative choice made by the photographer. If you’re taking a picture and feel that it looks better horizontally than it does vertically, then that’s what you should do.

The same applies the other way around.

Choosing to shoot photos in landscape or portrait is all about enhancing your composition. By changing how your subject is framed, you can completely transform a picture. That’s why it’s very common to see photographers rotate their camera back and forth while taking photos of the same subject. Different orientations equal different looks. 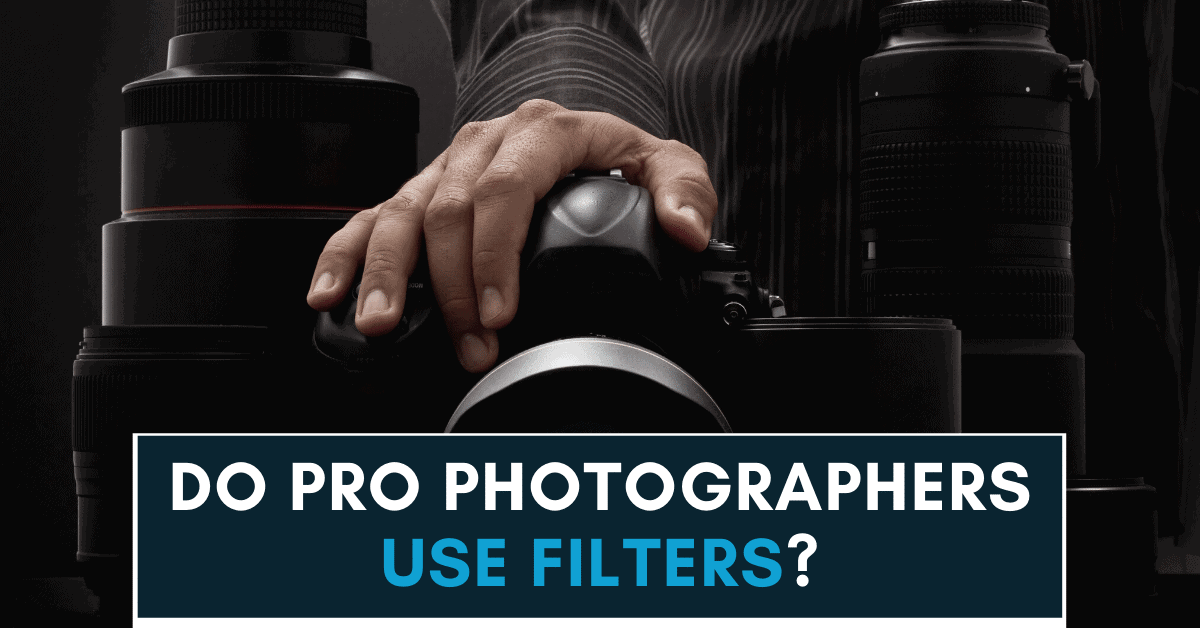 Do Professional Photographers Use Filters? 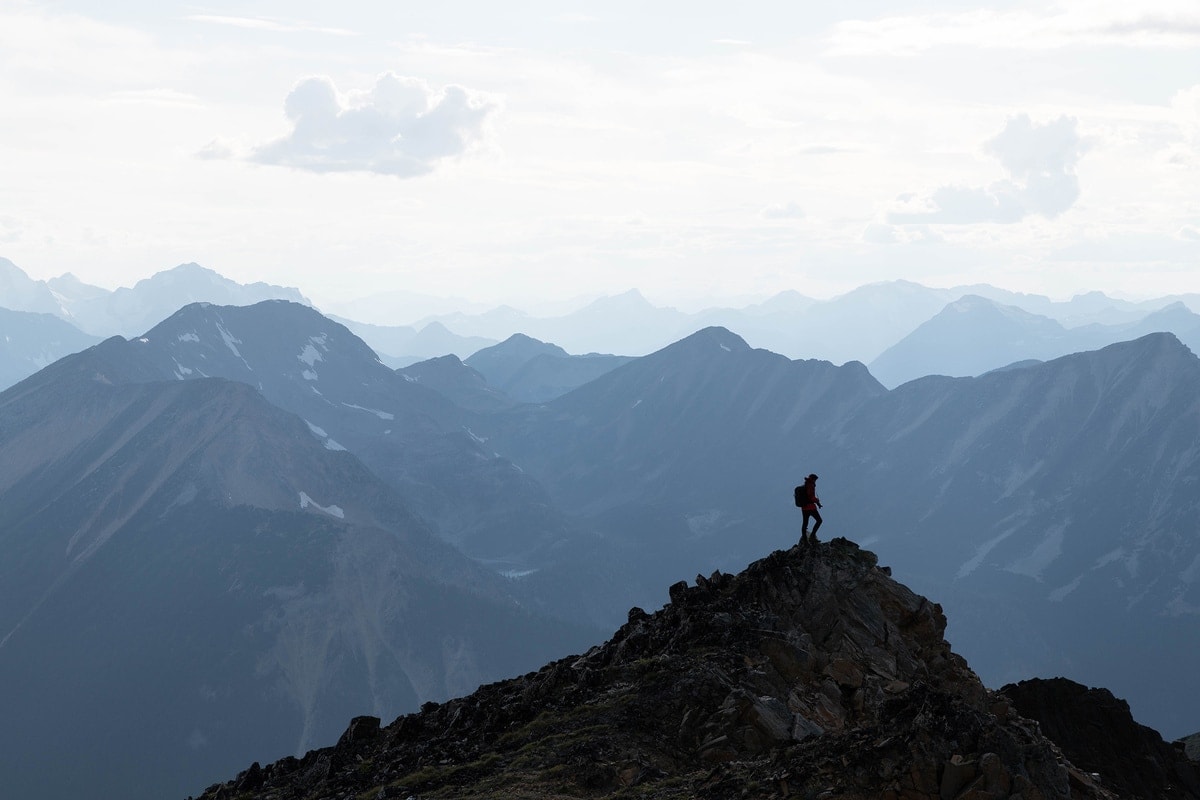 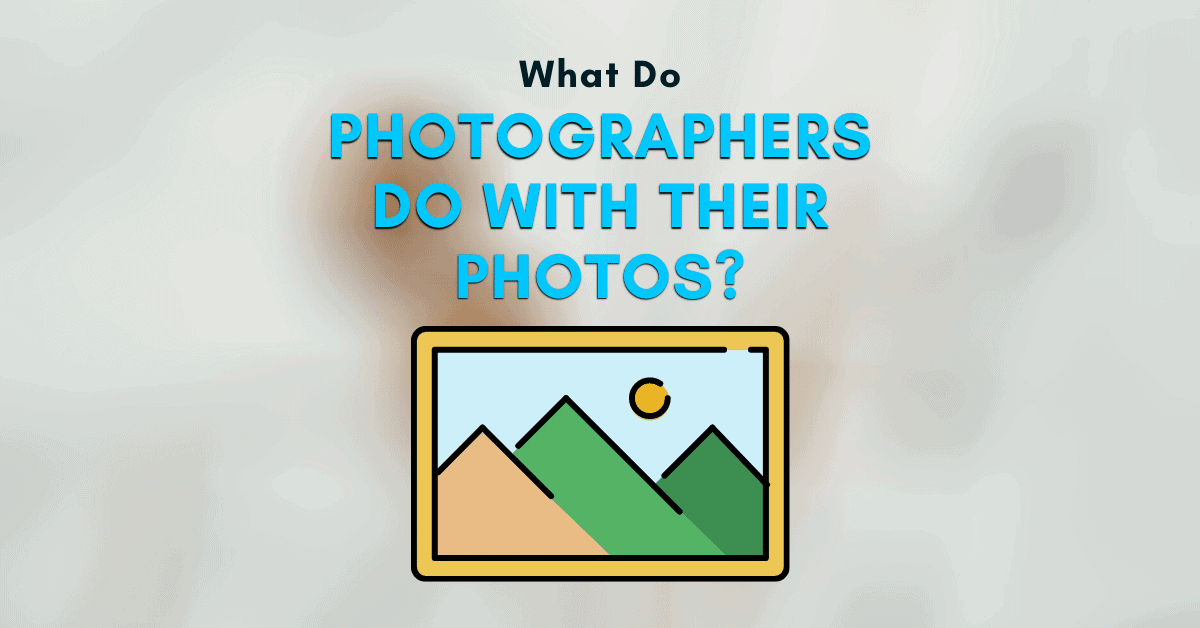 What Do Photographers Do With Their Photos? 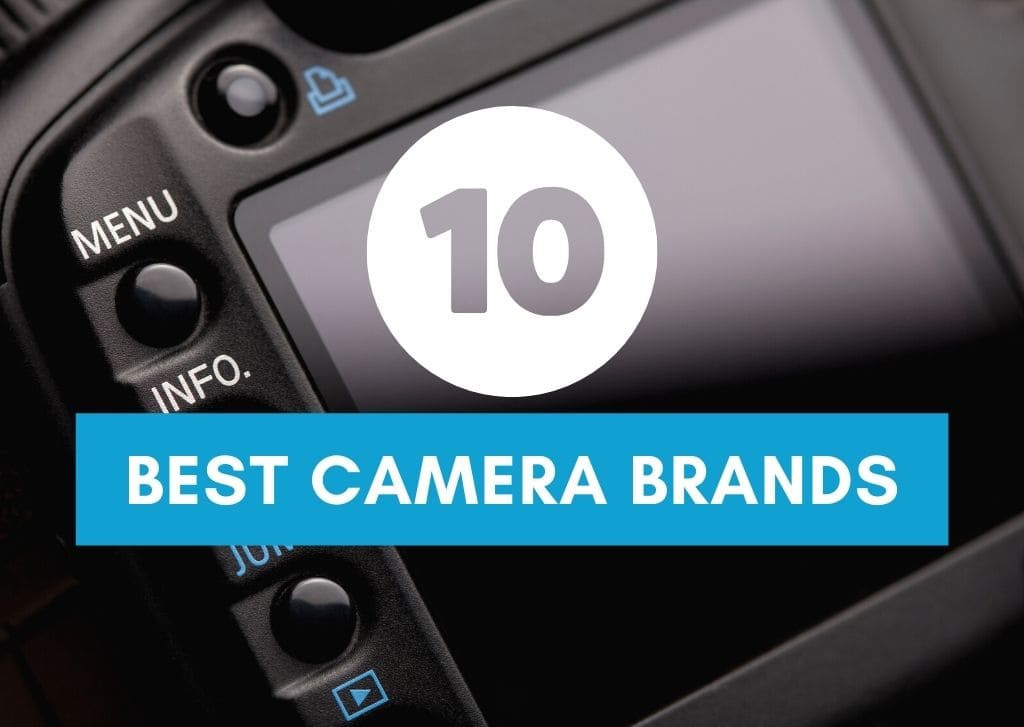 The 10 Best Camera Brands For Photography