What Are The Effects Of Photoshop On Society? 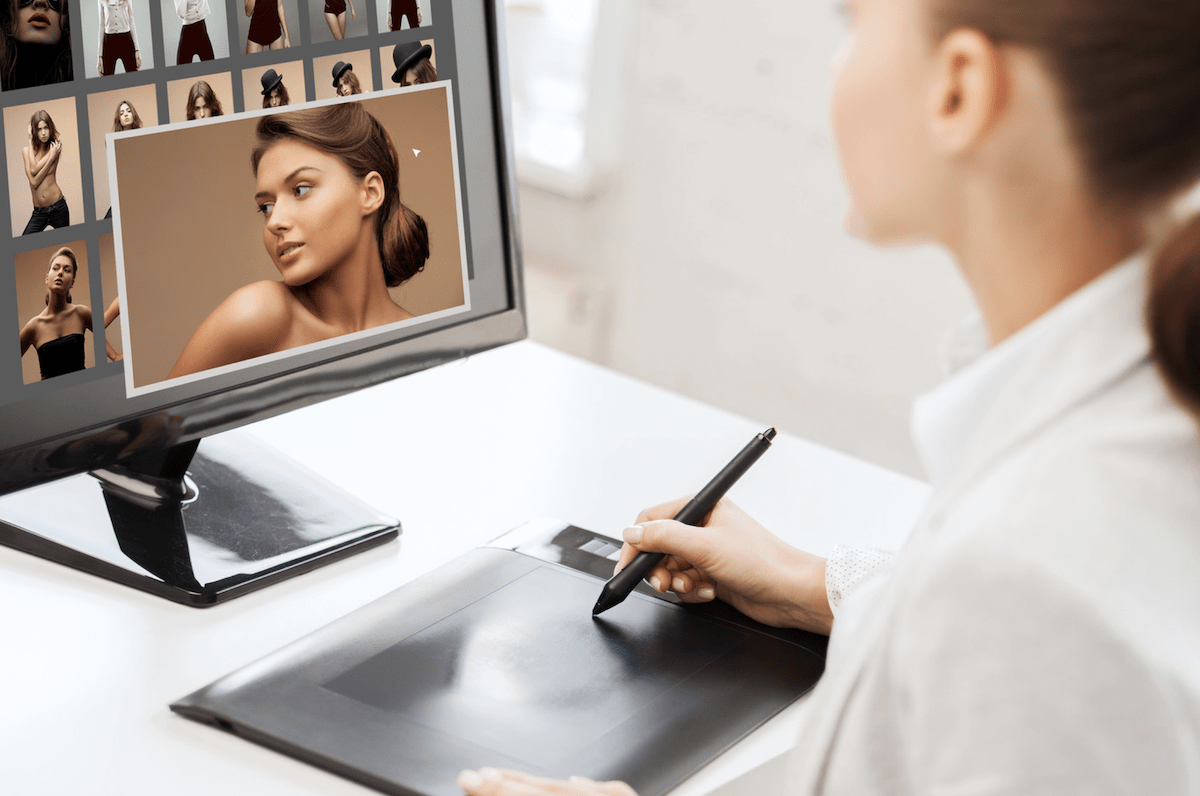 The Effects Of Photoshop On Society

There’s no denying that Photoshop has played a huge role in how we consume content as a society. The effects it has are far-reaching and constantly changing, but is it for worse or better? As a photographer myself, Photoshop has become an essential tool that I can’t imagine working without. However, looking at the other side of things, Photoshop paints a troubling picture as a consumer. So what effects has Photoshop left on society, and is it detrimental to the future of our mental health?

Photoshop has affected society in both a negative and positive light. In a negative sense, it’s created a culture of unrealistic perfection that does not exist. With retouched models, thinned stomachs, and spotless skin, this serves as a direct hit to many’s self-esteem. On the other hand, Photoshop has created a positive by allowing artists and photographers to get more creative with images. From an artistic standpoint, Photoshop is a valuable creative asset.

So let’s dive deeper into the pros and cons of Photoshop and the effects it had on our world. Is there really a definitive answer as to whether Photoshop is good or bad?

What Does It Mean For An Image To Be “Photoshopped”?

Although Photoshop is an actual program, the term “Photoshopped” has changed over recent years. With so many editing software available, it’s never been easier to manipulate a photo. That’s why this term doesn’t necessarily mean that the photo was edited in Photoshop itself, but rather it has been manipulated beyond real life. Things like body enhancements, skin smoothing, or swapping background are common adjustments you’ll see in everyday media.

People edit their photos to enhance parts of an image that aren’t quite perfect. A picture deserving the term “Photoshopped” will become completely unrecognizable from the initial photo. The problem is, this edited image is passed off as the real thing.

When it comes to models, in particular, this can become a troubling issue. Rather than having rolls, stretch marks, blemishes, or acne scars like real people do, Photoshop creates a fake alternate reality. Since most people can’t tell the difference between a natural photo and a Photoshopped one, the line becomes blurred between what’s real and what’s not.

What Percentage Of Models Are Photoshopped 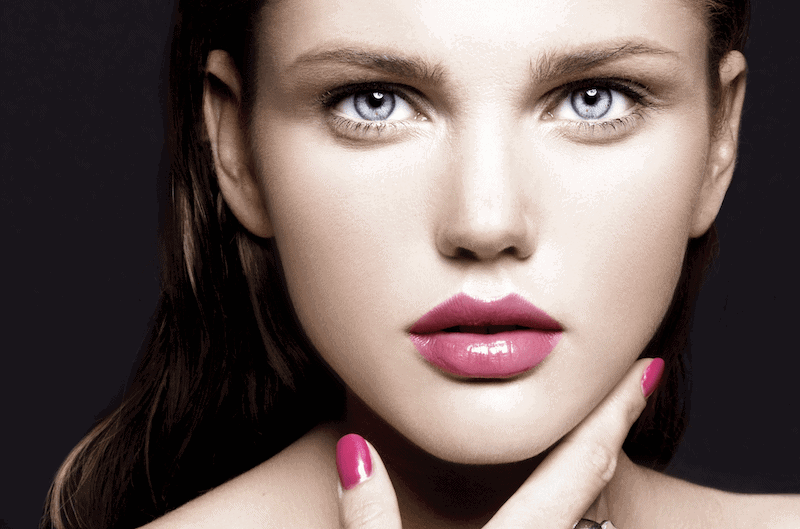 Although there’s no formal statistic, it’s safe to say that 99.9% of the photos you see online are Photoshopped in some way. Whether the model’s skin was enhanced, their body touched up, or unwanted objects removed from the background, nearly every image on social media has these types of adjustments.

When you think of Photoshopped models, you might think of trimmer waistlines or a bigger bust, but the adjustments can be more subtle than that. Things like enlarging eyes, plumping lips, or even enhancing makeup are all quickly done by a skilled photo editor. From mega-famous celebrities to that teenager who lives down the street, everyone is guilty of these enhancements.

On a larger scale, the advertisement industry demands perfection. With their product, you’ll feel X, Y, and Z to have a better life. As a society, we often associate a better life with more beauty, wealth, and lack of problems. Although that “perfection” does not exist, advertisers can use Photoshop to enhance their brand’s “lifestyle” and make you want it for yourself.

Although slowly improving in recent years, these unrealistic expectations can cause a lot of negative impacts on society as a whole, particularly with youth. The negative effects of Photoshop change between different genres of media, but they all can be equally detrimental.

The Negative Effects Of Photoshop 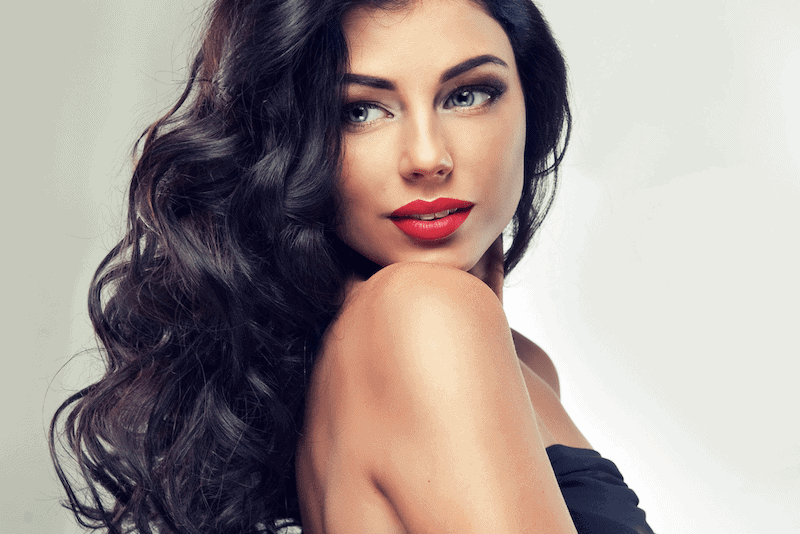 Since it’s hard to pinpoint a single overarching negative aspect of Photoshop, let’s break it down into the three main problem areas.

As I mentioned in the previous section, Photoshop in advertising builds the perfect “lifestyle” associated with the brand. By using this product, you’ll look, feel, and be like this.

The standard for advertisers to promote a certain type of flawless of content is high. As a perfect example, sports advertising typically promotes a lot of unhealthy processed foods. You get photos of fit people eating Dorritos or drinking Pepsi when you and I both know that’s not the way to get a shredded six-pack. The lifestyle a brand builds around itself is what sells products and generates revenue.

With photo advertisements, certain advertisers may send mixed messages with the use of Photoshop. By showcasing a lean, fit, and beautiful man or woman, you’re more likely to buy into the product and want to get it for yourself.

Just imagine, you probably wouldn’t feel as enticed to buy a bottle of Pepsi if it were in the hands of an overweight person on a couch. Instead, you see a Photoshopped athlete on the field. This builds a subconscious divide between winning and losing, and nobody wants to feel like a loser.

That’s why advertisers work hard to maintain perfection and flawlessness in their promotional materials. With the help of Photoshop, they can create an unrealistic brand identity that sells more products.

Youth are by far the most impressionable age group, and Photoshopped images can leave a lasting impact on them. Whether it be a magazine cover, advertisement, or a celebrity online, Photoshopped images surround youth every day. The problem is, nobody can tell the difference between what’s real and what’s fake.

I’m sure you know someone between the ages of 12 and 19 in your family who use image enhancing apps religiously. No photo is posted without a quick skin touch up or maybe a body adjustment. Although this doesn’t represent every young person, it does represent a large number. Since so many photos they see online are Photoshopped (even among their friends), they don’t feel adequate to post a photo with acne, without perfect hair, or without looking thin.

After constantly being bombarded by Photoshopped images, it takes a direct impact on the self-esteem of youth.

– In Media And News

You and I currently live in one of the most divisive times in recent history, and Photoshopped images sometimes play a big part in this. On social media, it’s not uncommon to see false news photos that have been altered in some way. Whether something was added in or cropped out, even the slightest changes can completely change its meaning.

A Photoshopped image can ultimately create a large divide between people, politically and socially. By arguing over the contents of a fake photo, tensions build and make for some pretty touchy situations.

The Positive Effects Of Photoshop 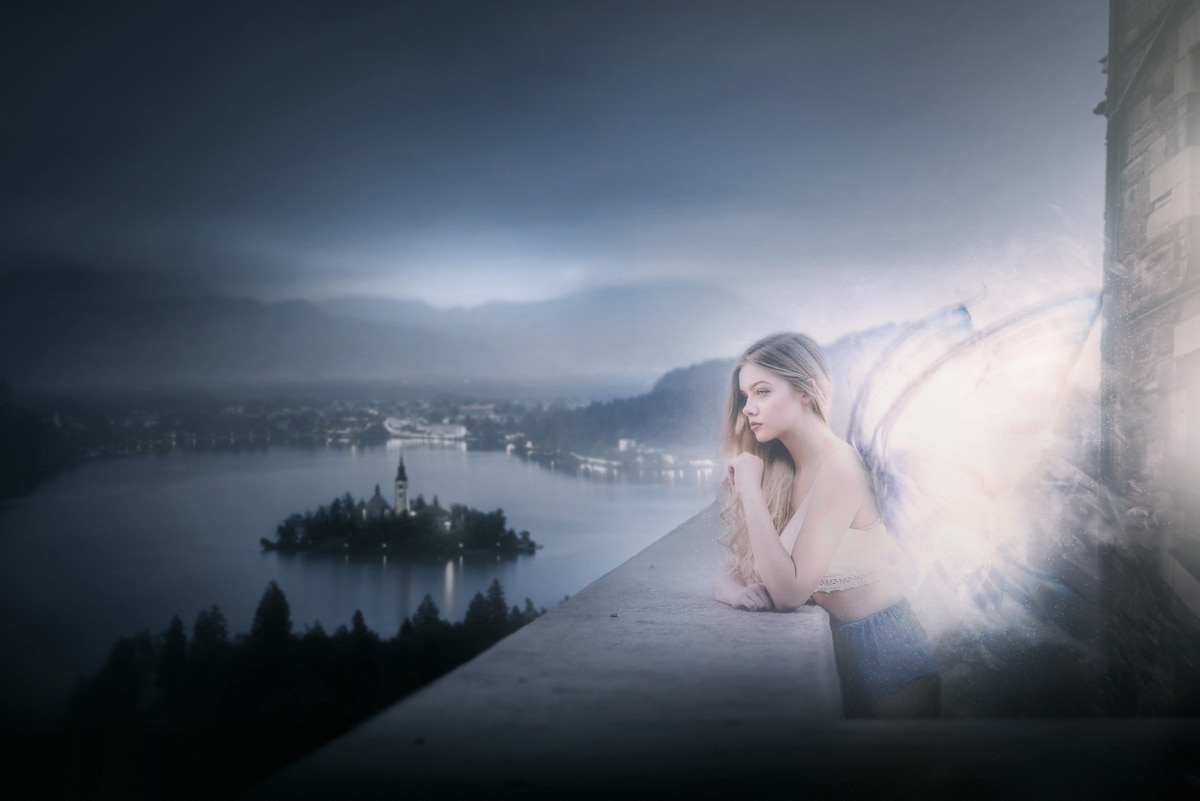 So far, you’ve only heard about the doom and gloom that Photoshop brings. Surely there can’t be anything positive after all that, right?

The truth is that there are many amazing things that have come with the rise of Photoshopped images. These advantages ultimately come down to a means of becoming more creative with images.

Just because an image was Photoshopped doesn’t mean it automatically has a negative effect on whoever sees it. For example, some people make incredible composite images and digital art with Photoshop that inspire. Turning a regular image into a dreamland is a fun escape for the viewer and an amazing creative outlet for the artist.

In other forms of photography, such as landscapes, photographers can merge multiple photos together of a certain location to create the most flawless lighting conditions possible.

Not every image edited with Photoshop has to be of altered bodies or enhanced skin. It can be far more fun and light-hearted than that. Ultimately, Photoshop is just software, and it’s up to the artist to decide what is done with a photo.

How Has Photoshop Changed Society?

So with some pros and cons to Photoshop, how has it changed society as a whole? Although there may not be one definitive answer, it has clearly made both a positive and negative impact.

In a negative sense, Photoshop has allowed people to create unrealistic expectations of body image and lifestyle. By enhancing reality, it begins to blur the line between what’s real and what’s not. Eventually, this makes people compare their own lives to something that doesn’t exist, which can be damaging to your self-esteem or mental health.

On the other hand, not all Photoshopped images create these types of unrealistic standards. Photoshop is also used as a creative device for artists and photographers to enhance their images in more unique ways. From sky replacements to composite images, you can create a ton of fun effects with Photoshop. These artistic images are enjoyed by viewers of all age groups and work as inspiration both creatively and in life.

Should Photoshop Be Banned?

At the end of the day, Photoshop is just a piece of software. It’s not making any evil decisions to create unrealistic body standards or affect people’s mental health. That’s solely the responsibility of the artist who’s creating the content.

Photoshop should not be banned because it doesn’t do anything inherently wrong. It provides a means to edit and enhance photos, but it’s up to your discretion to choose how much. Rather than banning Photoshop, a better solution is to talk about unrealistic advertisements and promote body positivity in a more realistic manner.

Since it comes down to the choice of the artist, changing the way we think as individuals ultimately influences what we see in media and advertisements. If people no longer are drawn to the unrealistic Photoshopped model, advertisers would change their tune.

In recent years, there have been a lot of movements around body positivity and mental health. Transitioning from the pursuit of the “perfect” lifestyle to the pursuit of fulfillment and joy in your real life. Many advertisers have become aware of this, leading to a rise in more natural photos of models on magazine covers and real people in advertisements.

As a photographer, I love Photoshop and all the tools it offers me creatively. Although it can have its downsides, the program itself isn’t doing anything wrong. We, as consumers, influence the media we see. By rejecting unrealistic standards and supporting brands that align with your values, you can have your say in supporting or denying Photoshopped images in society. 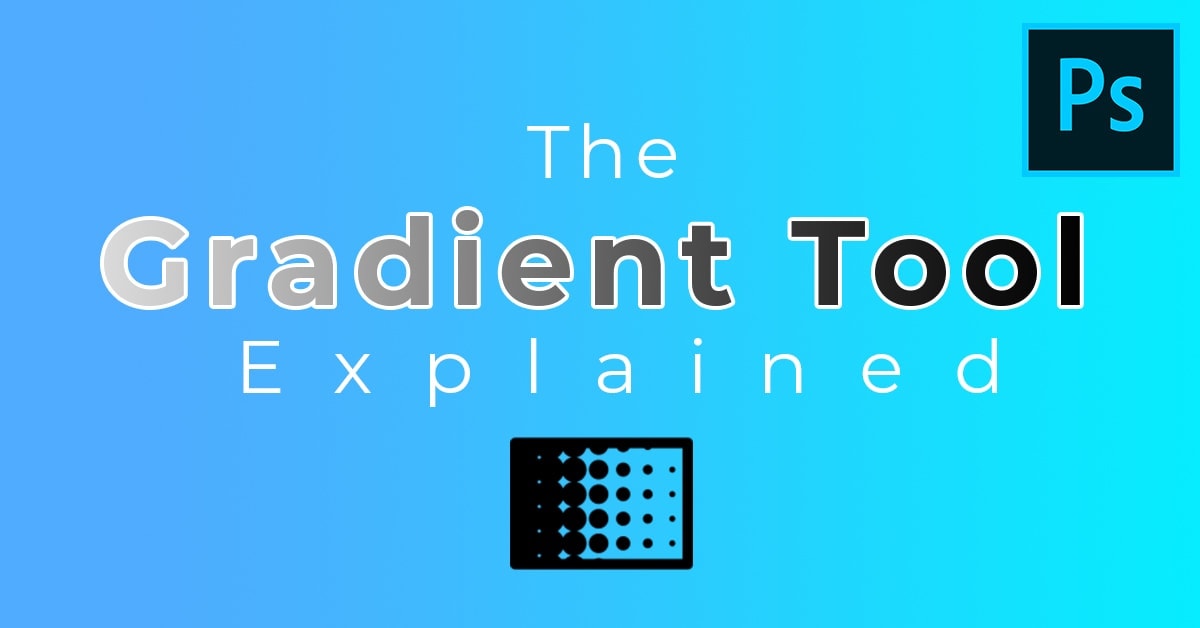 How To Use The Gradient Tool In Photoshop 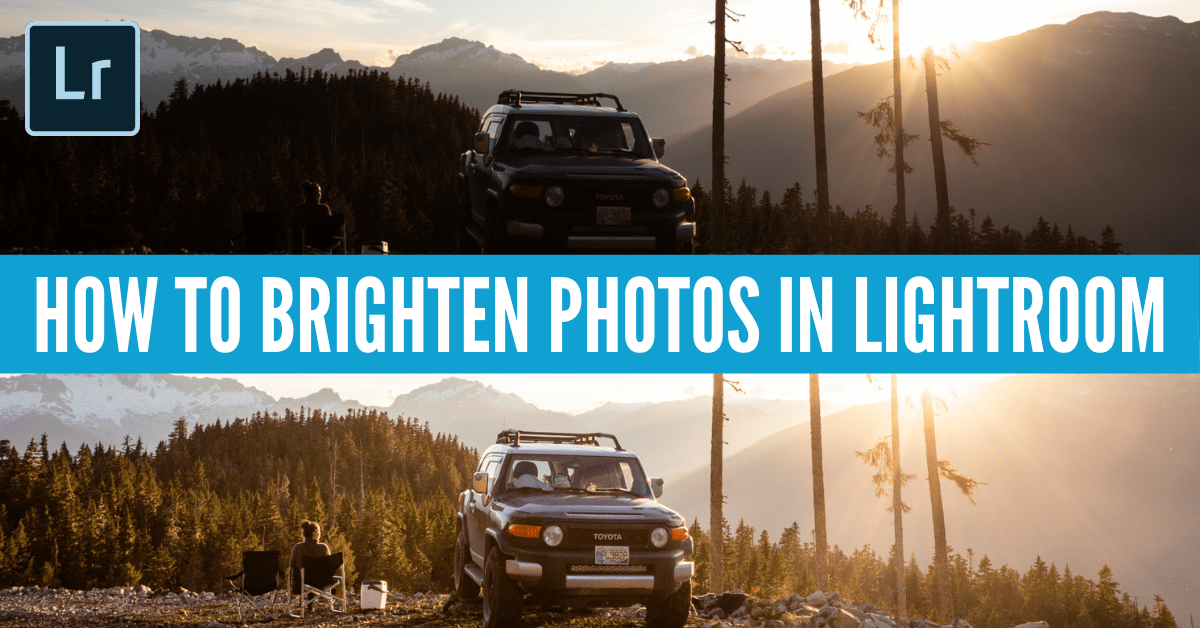 How To Make Your Photos Brighter In Lightroom

How To Create A Matte Effect In Photoshop + Free Photoshop Action 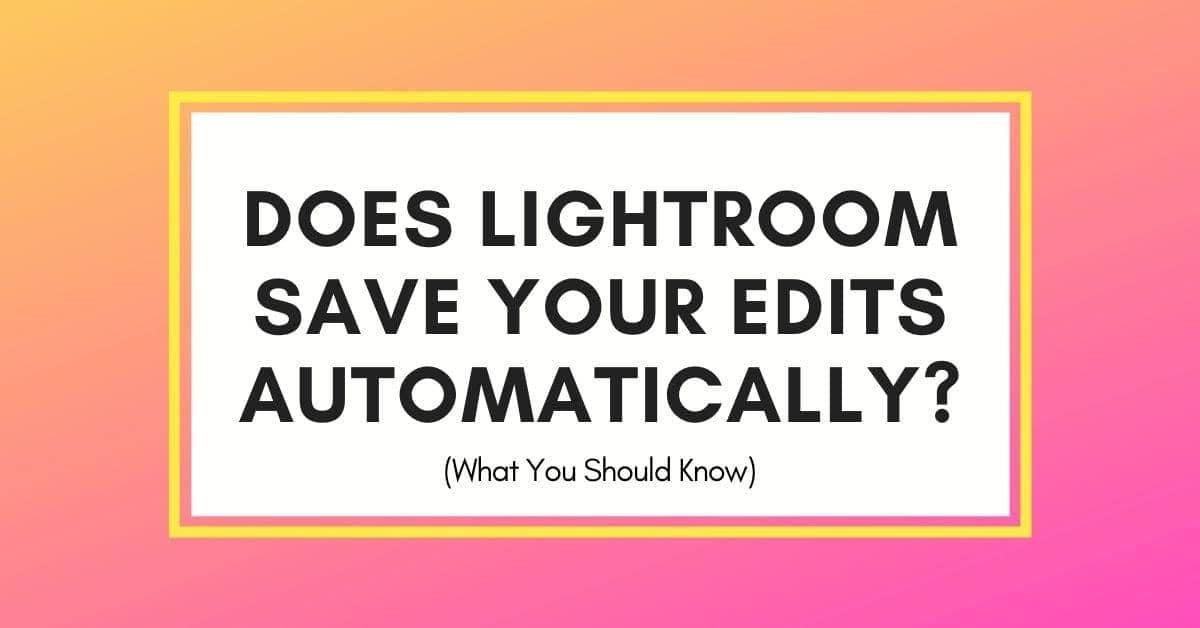 Where Does Lightroom Save Your Photos And Edits?